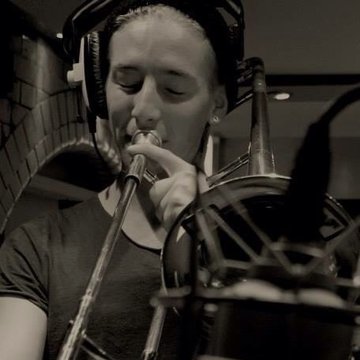 Russell Spencer is a Trombonist currently based in London Looking for work.
3 of 10 photos
Trombonist
London

After graduating from London College of Music as a classical musician, Russ has become more open to the commercial side of the arts. For the last 10 years, he has played with a punk band called Ghouls which toured the UK, USA and Europe extensively and completed a very successful tour of Australia. Along side this Imperial Leisure were a Ska/Rap band that Russell also enjoyed tours and festivals such as Glastonbury Festival, Boomtown Festival and 2000 Trees amongst many many more. As a freelance musician he has also played with King Prawn, Elle and the Pocket Belles, The JB Conspiracy, Shanty,Coco and the Butterfields, and ska/indie band called Fella. Being a versatile performer is very important to Russ. He enjoys playing many different genres of music and does this by playing in a range of ensembles such as pit bands, big bands, orchestras, wind orchestras and smaller groups like Jazz quartets and brass quintets. His dedication and commitment to help achieve the highest of standards in whatever he is part of is the main reason he will always be happy to help in any way possible. He feels dedication, punctuality, organisation and enthusiasm are the most important qualities any working adult should possess. Russell has always believed that working in the arts is a constant learning process and always endeavours to learn about as many aspects of performance as possible in order to be a well rounded musician,

Once we have agreed a date and price I will honour the gig even if timings change. Dates will also try to be re arranged where possible

It can be discussed
Russell

SS
Sophie S
3 years ago, for a Private event in Tamworth

Russell is a great musician. Lovely and friendly guy and very talented. The crowd really loved him and he got everyone up on their feet! I will definitely be hiring him for my charity fundraiser again this summer!

Trombonists in the UK