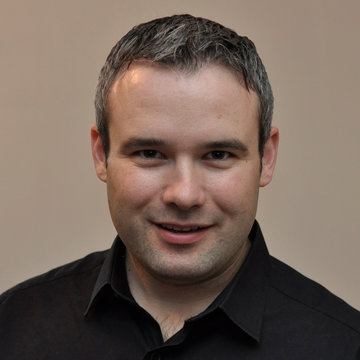 Russell Painter- Performer, compare, after dinner speaker and versatile vocalist. Adaptable to any party or function.

Russell gained his BMus and MMus at the prestigious Guildhall School of Music and Drama to study voice on an unconditional place under the tutelage of Mr Ian Kennedy. After leaving college Russell has made his mark as a freelance singer up and down the country and on the continent and is in great demand. Opera credits include Tamino (The Magic Flute), Title role in Albert Herring, Pedrillo (The Abduction from the Seraglio), Don Basillio (The Marriage of Figaro), Don Jose (Carmen), Count Almaviva (The Barber of Seville) Gaston (La Traviata) and the second brother in the world premiere of Laurence Roman’s Isabella and the Pot of Basil at Covent Garden and Buxton. Which in turn was recorded under the LR record label. Choral works include Handel’s Messiah, Haydn’s Creation, Nelson Mass & The Seasons, Charpentier’s Messe De Minuit & Te Deum, Gounod’s Messe Solennelle,Haazen’s Missa Luba, Mozart’s Requiem, Vesperae Solennes & Coronation Mass, Rossini’s Petite Messe, Stainer’s Crucifixion,Beethoven’s Choral Symphony, Britten’s St Nicholas, Mendelssohn’s Elijah Orff’s Carmina Burana and numerous Bach cantatas and passions singing the role of the Evangelist. Russell has a very keen interest in the works of Gilbert and Sullivan, going so far as to write his Masters thesis on their life and music. He has performed many of the principal tenor roles across the Savoy opera range including The Defendant, Marco, Frederic, Hilarion, Ralph, Duke, Captain Fitzbattleaxe, Richard Dauntless, Earl Tolloller, Duke, Alexis, Nanki-Poo and Box. His recital work is also recognized in other fields of English music, most recently song settings of the poetry of Housman in “The Blue Remembered Hills” for the Worcester festival. Earlier this year Russell was very privileged to work with the Elgar society of Bristol to perform rare and previously unheard songs by the composer. Russell is also a fellow of the London College of Music (FLCM). Next sessions highlights include Evangelist in St john Passion in Bordeaux and recording of lesser known Elgar songs.

Opera rep (solo)
Nessun Dorma
La Donna e mobile
The flower song
Questo quella
Where was your loving farther (Macbeth)
Un aura aumorosa
Come e genteel
Funiculi funicula
All Mozart tenor arias from the standard operas
Operetta
All G&S tenor roles across all operas
All tenor arias from the Merry Widow, Orpheus in the underworld and la belle Helene
Opera duets with soprano
Drinking song
Soave from boheme
Time to say good buy
The prayer
With baritone
Pearl fishers duet
Oh mimi from boheme
Gendarmes duet
Musical theatre
Russell’s repertoire of the music theatre idiom is vast. All requests can be catered for no matter how rare the show, please enquire if the songs are more on the unusual side. A sample list of repertoire is below
All songs from les miserables including bring him home, empty chairs, stars, do you hear the people sing, master of the house. ( all the female songs can be adapted as well)
The Phantom of the opera. Music of the night and all I as of you and the title theme with soprano.
Rodgers and Hammerstein
Edelweiss
Some enchanted evening
This nearly was mine
Younger than springtime
You got to be carefully taught
If I loved you
Oh what a beautiful morning
Surrey with the fringe on top
A puzzlement
Learner and Loewe
All male songs from my fair lady
Come to me bend to me
Wandering star
How to handle a woman
If ever I would leave you.
The songs of Stephen sondheim, kurt Weill, Flanders and Swann and Tom Leher are also well within Russell’s repertoire.
All jazz standards for frank Sinatra, Robbie Williams swing when you are winning album.
Russell is able to make his own backing tracks to suit your event. Please enquire upon booking.
Customer questions

Can always be flexible within an hour or so. Last minute changes ( one week or less) will incur extra travel costs in not convenient.

Yes I can provide classical background music if required. I am also able to source a DJ if required, this will be an extra charge.

Having worked in the industry for many years now, my repertoire is vast and I’m sure together we can craft the perfect set list. If a bespoke track is needed I am able to create this for a small charge.

Yes... I bring all my fully tested equipment.

Yes, this can be involved in our Initial discussion.

Very good performance by Russell at my Father's funeral. Very professional - got on with the job in hand and very pleased we booked him.

A true showman with a real flair for entertaimment

His top register was tested by Orff’s very high tessitura but he passed the test with ease from a vantage point on the organ screen. This is a hideous solo – by design – and Painter hammed it up outrageously; that’s the only way to do it.