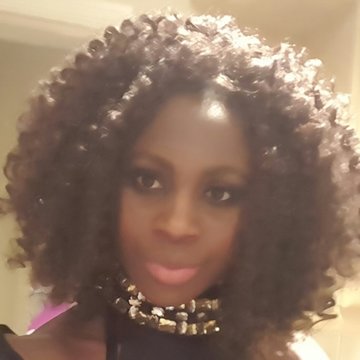 Rosie is a brilliant singer/ entertainer. Looking for gigs within 100 miles of snaith. If you are looking for pop/ rnb singer, she is theOne
Singer
Goole

I started singing 9 years ago working in a studio, singing back ups for musicians. In 2012 I entered Vodafone Icons, a nationaly televised compition coming third with a group called waves. I then lunched my career as a singer performing in 5star hotels around the capital city of Ghana. Royal Nick hotel, Holiday Inn hotel, Majori Y Hotel to mention a few holding a residence singer slot for over a year. In 2014 I co-owned a business providing young talented singers for corporate events and private parties. I came to England in 2015. Upon arriving here, I have won Gooles got talent and featured in the local newspapers and magazines. I have performed at the Goole Christmas lights switch on, a bridal fashion show in Carlton towers, birthday parties, pups,restruants, and also performing at the Mayor of Gooles anual charity show in April 2017. I love entertaining people, it's my passion.

I thought it was the original song playing

Singers in the UK
Singers in Hull
Singers in York
Singers in Scarborough
Singers in Doncaster
Singers in North Yorkshire
Customer Service
Discover
Company
As seen on
© Encore Technologies, Ltd.
Crafted with bagels and in London