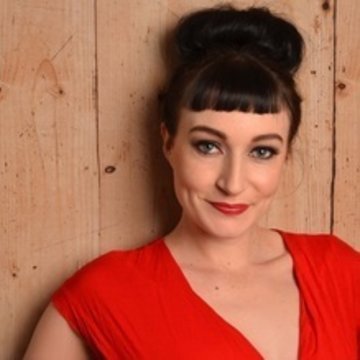 In 2006/07 Rose studied at the Royal Academy of Music in London and was awarded the following scholarships: Alex Templeton; William Gibbs Religious and Educational Trust; Ars Musica Australis and an Opus 50 Charitable Trust. She was a finalist for the New York Study Award at the Sydney Opera House and won the Frank Lasslett Memorial Award at the National Liederfest Australia. Rose completed a Bachelor Arts (Music) and a Bachelor Science at La Trobe University, Melbourne. Singing: Rose toured through China with the 70 piece Melbourne Philharmonic Orchestra. Roles include Gato in El Gato con Botas, Madam Flora in The Medium, Secretary in The Consul, Flora in La Traviata, Desideria in Saint of Bleeker Street, Orlofsky in Die Fledermaus, Nancy in Albert Herring, Mercedes in Carmen, David in Saul, Tessa in The Gondoliers, Hänsel in Hänsel and Gretel, Sara in Roberto Devereux, Oreste in La belle Hélène, and Adalgisa in Norma. Companies she has worked with include Opera Australia, OzOpera, Surrey Opera, Buxton Festival Opera, Lyric Opera of Melbourne, Grange Park Opera, Melbourne Opera Company, Independent Classics, Scottish Opera and Victorian Opera. Rose is a general director for Berlin Touring Opera and KinderOper Berlin. She supervises the running of the company and selects the artists and repertoire. The educational branch of Berlin Touring Opera is KinderOper Berlin. Under KinderOper Berlin, Rose recently performed the title role in El Gato con Botas (Puss in Boots) for the Spanish Childrens festival 'Kinder Theater Reihe' which was subsequently picked up by the Spanish Verein 'MaMis en Movimiento e.V' and performed at the Pankow Rathaus, Berlin. Later this year Rose will be performing the role of the ugly stepsister in a new Argentinian production of La Cenicienta (Cinderella). In Melbourne she regularly led her own jazz band which played at various venues such as The Hilton Hotel, The Carlton Crest Hotel and held various residences such as an 8 month residency at the Stork Hotel in Melbourne’s Central Business District. Teaching: Whilst a primary focus in her career has been performance, she has held positions as a peripatetic singing teacher for several years in various independent day schools in both London and Melbourne with more than 500 students, of which she taught over 40 pupils per week. From 2015 to 2016 she ran music classes for refugee students at a primary school in Berlin. She currently works for Berlitz Kids and Teens as a camp director and workshop leader for singing and drama. She is familiar with the content of the AMEB, the ABRSM and the British GCSE and A Levels music curriculum.

......was partnered by a delicious Nancy in Rose Nolan, who sang with rich-toned relish, acted with poise and sensitivity, and looked exquisite."

Indeed, the singing at times is breathtakingly wonderful. Rose Nolan plays Hansel and her voice is rich and silky with mellifluous tones."

Other standouts in the large company include a cheeky Rose Nolan singing up a storm in the pants role of Prince Oreste."

Singer (contralto)s in the UK