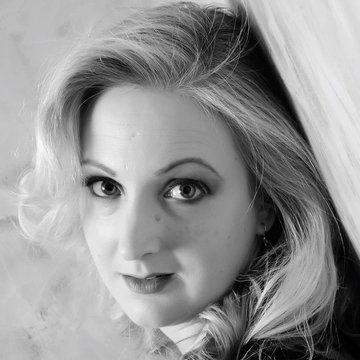 Check availability and get a free quote now - no commitment to book
From£180
Watch & Listen
About Rosalind
Song list
Reviews
Home page
Rosalind ODowd
Like Rosalind?
Watch & Listen
1-3 of 3 videos

2 of 2 photos
Singer (Soprano)
Feltham
Public liability insurance of £10 million
Rosalind is a soprano, experienced in choral singing as well as opera. She also entertains as a 1930-50s singer.

Rosalind graduated with an Mmus in vocal performance in 2012 from Trinity Laban College of Music and Dance, after a 10 year career in marketing. Roles include Michaela/Frasquita Carmen and Alfredo(a) La Traviata (Secret Opera), Countess Ceprano Rigoletto (Opera Loki), 2nd Witch in Macbeth (English Pocket Opera), Fairy and cover Alice in Falstaff (Fulham Opera), Marcellina in The Marriage of Figaro, Frasquita and cover Michaela in Carmen (Winterbourne Opera), Eurydice in Orpheus in the Underworld (AODS), Mabel in The Pirates of Penzance (Opera Anywhere) and Cio-Cio San in Madama Butterfly (Ormond Opera). In Baroque opera she has performed, Diana in Boyce’s A Secular Masque and Satirino in Cavalli’s La Calisto (Isleworth Baroque). Forthcoming engagements include Elijah with Richmond Choral Society and Michaela in Carmen. Oratorio includes Handel’s Messiah, Mozart’s Requiem and Coronation Mass, Rossini’s Petite Messe Solennelle, Fauré’s Requiem and Haydn’s Creation. She created the lead role of Tanya in the première of Are There Llamas? (Mayhem Opera) and Morag in The Fisherman’s Brides for the Tête à Tête Opera Festival. She also has a thriving teaching practice, with students from 10 to 80 years old. She uses her marketing skills to run Ormond Opera, as well as performing regularly in the Richmond area, as part of the soprano duo Soprano Soprano.

Rosalind O’Dowd, in the title role, gave a searing portrayal of a young girl, her utter faith in love as a concept and unfailing but fatefully misplaced faith in Pinkerton, well depicting her adamant belief in happy endings. 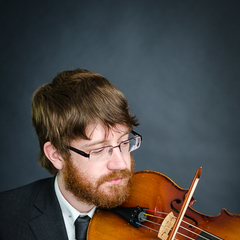 I led the orchestra for Hashtag Opera's Anna Bolena, for which Rosalind was in the (very small!) chorus. She is very easy to work with, a thorough professional and an utterly reliable singer. I hope to work with her again!