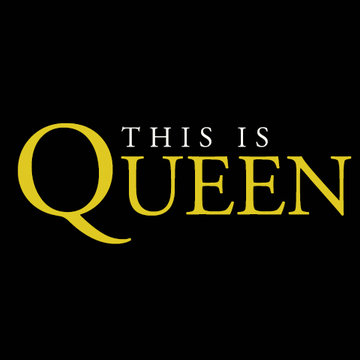 Check availability and get a free quote now - no commitment to book
From£1200
Watch & Listen
About
Song list
Reviews
Home page
This Is Queen
Like This Is Queen?
Watch & Listen
Watch
Listen
1 of 1 video
Rock Q Queen Tribute - Live at Kasbah

About This Is Queen

This Is Queen (formerly known as Rock Q) is an authentic Queen tribute band based in the South of England.

This Is Queen have been playing rocking and highly authentic Queen shows at festivals, theatres, weddings and functions since 2011.

You guys were fantastic!

Rock Q played at Christ's College May Ball 2018, on our First Court stage. They were one of the highlights of the night for many of our guests; their singer mastered Freddy Mercury's vocals impeccably and the guitar performances were spot on. What's more, they were so easy to work with: on-time, really easy to communicate with, and performed their set without a hitch. If you're planning an event, Rock Q are dream clients.

It was so so great. The guys were absolutely fantastic and just so fab to work with. The crowd were loving it, I hope the guys had a good time!

Rock Q headlined Buckfest back in 2016 and are an absolute blast of a Queen tribute act. I am a Queen purist and they are probably my favourite band ever, and having seen Freddie in his prime back in 1984, I was keen to see these guys although somewhat sceptical. But I have to say they absolutely smashed the set, playing classic after classic, Bohemian Rhapsody, We Are The Champions, We Will Rock You, I want To Break Free, plus others, were all played and performed superbly, the crowd full of all ages just going for it. I was worried, but within two songs was lapping up Sammy K as Freddie. Fabulous.

The crowd were all up in their seats, had a fantastic time, and were dancing along to Queen hits – we could not be more happy with the level of professionalism, sound quality and stage presence. Thanks so much!

Well, what can I say? They were incredible, on every level. Great guys with great voices but also really personable and managed to get the crowd up and dancing. It is the best money I have ever spent!