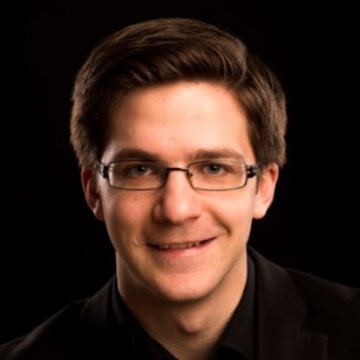 Richard Brasier enjoys a busy and far-reaching international career as a soloist, chamber musician, accompanist, animateur and teacher. Richard is a graduate of the Royal Academy of Music in London, where he studied with David Titterington and Nicolas Kynaston. Aided by the Nicholas Danby Scholarship, he continued with Johannes Geffert at the Hochschule für Musik und Tanz, Köln. Other important musical influences have included Anne Marsden Thomas and David Sanger. As a concert organist he has performed widely across the UK and Europe in recital series and major international festivals on historic and modern instruments. As a concerto soloist, he has performed many of the major concerti, including the first performance outside the UK of Charles Villiers Stanford’s Concert Piece Op.181 for organ and orchestra. His work has been broadcast on radio, television and other platforms across Europe and the USA. Since 2014, Richard has been active as a teacher for the Royal College of Organists. Richard leads masterclasses and study trips for students at home and abroad, and regularly teaches on residential courses for organists of all ages and abilities. Since 2013, Richard has served as Director of Music at the Parish Church of St Laurence, Upminster. He is also a trustee of the Alexandra Palace Organ Appeal, and curator of the Palace organ recital series.

Advance rehearsal time on the instrument is a standard requirement, and time required will vary depending on the event.

The repertoire list is only a guide, and any repertoire (within reason) is considered.

Yes, although a separate fee may apply in order to take into account extra rehearsal time.

Standard Prices
All prices include:Detailed advance preparation of repertoire at home and in situ. Rehearsal and event on the day.