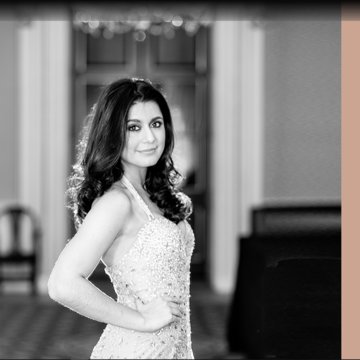 Rebecca is an accompished performer of opera, oratorio and art song. At seventeen, she auditioned successfully for entry to the Royal College of Music’s undergraduate programme, graduating in July 2017 with a first-class honours degree. In June 2018, she acquired her Masters Diploma in Performance. In March 2017, under the baton of Dr George Burrows of Portsmouth University, Rebecca took part in the recreation of an 1812 performance of Messiah that featured the diva Angelica Catalani. Rebecca reproduced Catalani’s contribution to that performance. In March 2015, she performed the role of Adele in Die Fledermaus with Chelmsford City Opera. In September 2015, she performed the roles of Pepik in The Cunning Little Vixen and Cathleen in Riders to the Sea, both with British Youth Opera. She is also an experienced recitalist. Since 2012, she has performed annually at the Coopers’ Livery Company banquet, held at Mansion House in the presence of the Lord Mayor of London. She is also a regular performer at other livery company events held in the City of London. Rebecca has also participated in masterclasses conducted by artists such as Jonathan Lemalu, Mhairi Lawson and Mark Tucker. In 2016, Rebecca became the Essex Young Musician of the Year and, in 2018, she was the winner of the prestigious Freda Parry Classical Singing Scholarship.

Verified
George B, 2 years ago

Rebecca performed at our wedding in August 2018. My family and friends were absolutely awestruck by her beautiful voice. There truly wasn’t a dry eye in the house. Rebecca’s singing complemented the mood and atmosphere of our ceremony beautifully, and we were delighted with her incredibly moving performance.