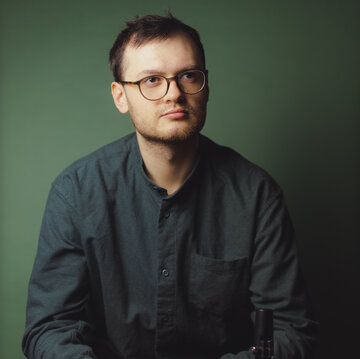 Raymond is a Britten-Pears Young Artist 2020 and award winning soloist. Recent solo new-music highlights include guest appearances for the BBC Total Immersion series and performing Birtwistle's Linoi both of which were recorded for BBC Radio 3 this year. After winning the Hatfield and District Music Festival he has also recently performed the Nielsen Clarinet Concerto with DeHallivand Orchestra. He is part of the Birmingham Contemporary Music Group NEXT cohort and has recently appeared at the Mostly Modern Festival in New York, USA. Outside of his solo playing, Raymond enjoys a varied career in chamber music and orchestral playing, including with his clarinet duo ‘DuoBolical’. Raymond is the artistic director of the Thinking Minds Project new-music recital series, which principally explores the world of electro-acoustic music in a multi-media context, with up-and-coming composers from around the globe. Raymond is a bass clarinet and Eb clarinet specialist and is grateful for the support of the HMUK in his work. As a composer recent highlights include 'It Gets Lighter from Here' series feature for Birmingham Opera Company and a feature on the NMS album of Raymond's piece Study in Green released on One Glass Eye records. Raymond uses he/they pronouns.

Times are turbulent due to COVID; I will always endeavour to iron out any scheduling issues to ensure your booking happens. In return, please just let me know as much in advance as possible if something changes.

Yes absolutely. I will curate a playlist to match your specific needs.

Min 30 mins if no electronics used 2h setup if using electronics and PA. This will also include setting an atmosphere through the PA as guests arrive, free of charge.

I very much enjoy collaborative programming as much as I do learning new works. If you have specific repertoire requests I would be more than happy to cater to them.

Absolutely. I am very experienced in learning repertoire in short amounts of time as long as I have access to the music.

Standard Prices
All prices include:Relevant equipment, reasonable travel within London and a short phone consultation.
Packages
Doubling fee
When I am required to play more than one instrument. The doubling instruments I play and have available are: Bass clarinet Eb clarinet Alto saxophone Flute
£160
Chamber Music
Chamber music: clarinet quartet, clarinet trio (cello, piano, clarinet) or clarinet quintet (string quartet and clarinet). Each configuration has its own negotiable price.
£600
NEW!Virtual services
Personalised Music Message
Book me to create a unique music video for you to send to a friend as a gift. This could be a birthday message, first dance song for a wedding anniversary, or just your friend's favourite song to cheer them up.
£15
Zoom bomb
I'll jump into your Zoom call and surprise your friends and colleagues with a unique song!
£100

RB
Robin B
6 years ago

It was a mesmerising performance of an evocative and highly immediate piece, showing that size isn’t everything, that early-career players can deliver truly outstanding performances...