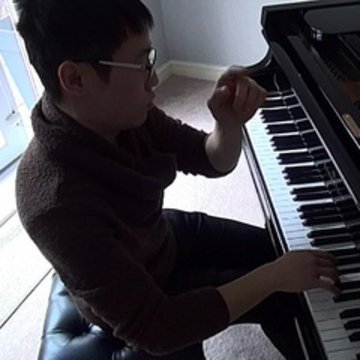 An active violinist and pianist, Ray Tsai has been involved various music performances and teachings in the UK. Born in Taipei, Taiwan in 1992, he started to learn the piano at the age of 4 and the violin a year after. Showing his outstanding skills in playing classical music, Yun-Jui entered the music talented class in Taipei Municipal Dun-Hua Elementary School in Taipei when he turned 8. He then gained admission to studying at The High School of National Taiwan Normal University, where he spent 6 years receiving intensive music training as a student member in the music gifted department. Graduating in 2010 from the school, Yun-Jui embarked on his journey to the UK to pursue a different path – the humanities – due to his eagerness to broaden his horizons on European history and culture. The many years of studying and living in the UK has however made Yun-Jui realise how powerful and meaningful music is to ordinary people’s lives and believe firmly that he has a mission in contributing his knowledge and experience in music to the society.

Couldn't have been more friendly and obliging. It was really nice talking to them. They were very welcoming and good at making us all feel relaxed. Their music was beautiful - we enjoyed the mix of dancing and singing.

We just wanted to write and say a massive thank you to you and the rest of the band for performing at our wedding on 2 September. We had a fantastic day and so many of our guests have been in touch to say how much they enjoyed the ceilidh and the songs that you played. Both the pacing and the choice of songs were great.