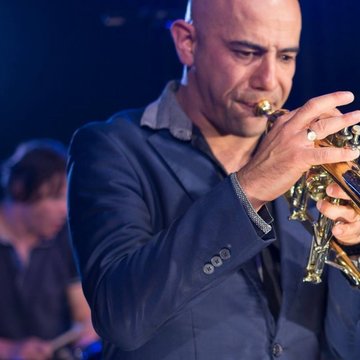 Ray is a jazz trumpeter who has been influenced by many of the great trumpeters of the genre. Ray has played for well known US/UK artists such as Dr John, Mica Paris, Robbie Williams, Beverly Knight, Scott Matthews and Delirious frontman Martin Smith. He was the trumpet soloist on the Grammy nominated cd 'Burning Lights', on the track 'God's Great Dance Floor', by US Grammy winner Chris Tomlin. This album topped the US Billboard 200 charts. The follow on album 'Passion; Let the Future Begin' (also featuring Ray's solo), reached the US Billboard 200, number 4. He appeared on outtakes from the Cookie Monster iphone ad, titled ‘Behind The Scenes’, on Paul Reeves’s composition ‘Croque Monsieur’, seen by 3.5M you tube viewers. Ray's own band, 'The Ray Butcher Band' has made appearances on comedies 'Very Important People' and 'The Morgana Show' (Channel 4). Ray also had extensive coverage on BBC1's period drama 'Landgirls'. Ray was invited to appear on Maltese TV show 'Ilsien in Nisa' playing his own music. He has been involved in jazz promotion, at the 'Blue Train Jazz Club' (Waterloo) and Birmingham's 'Yardbird Jazz Club' (2012-2014). Ray is the resident musician at various nightclubs, performing live over DJ's. Ray's debut cd 'War on the Saints' is available

AS
Arturo S
6 years ago

One of the best!