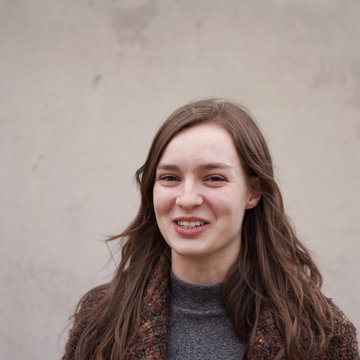 Rachel Kay is studying for an MA in cello at the Royal Academy of Music. She is a member of the Façade Ensemble, which specialises in chamber music of the 20th century, and the Janus Ensemble, a London-based chamber orchestra. Rachel also performs on baroque cello and has recently played with the Royal Academy Baroque Orchestra as well as for a Bach cantata series in Trinity College, Cambridge. Prior to beginning her postgraduate studies, she read Human, Social and Political Sciences at Pembroke College, Cambridge. An active chamber musician, she was granted a place on the Cambridge University Instrumental Award Scheme through which she received regular coaching from acclaimed chamber musicians as well as masterclasses with the Endellion Quartet. She has given both solo and chamber recitals at major venues in Cambridge including the West Road Concert Hall and Kettle’s Yard. A recent highlight was a performance of the Vivaldi double cello concerto with the Cambridge University String Ensemble. Rachel learns modern cello with Guy Johnston and baroque cello with Joseph Crouch.

Thank you so much for your beautiful playing last night - so committed, passionate, inventive and fascinating at all times. Really exactly what playing music for people is all about! I have a mountain of comments from people who just loved it, including those who realised that this was much more engaging playing than they had ever heard from the internationally celebrated quartets with whose interpretations of these pieces they were familiar. Many, many thanks.

Thank you for a truly wonderful evening, we enjoyed every minute of the concert.