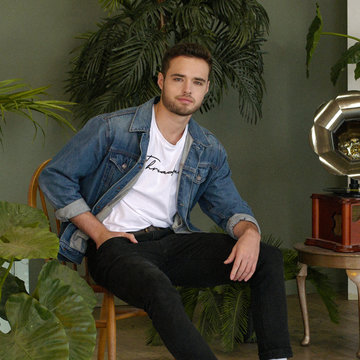 3 of 11 photos
Singer
Manchester
I am a keen and experienced singer, songwriter and guitarist who is looking for all types of work, ranging from covers to original sets

Pete's musical journey began by digging and old acoustic guitar from under the stairs in the summer of 2012 after watching and being inspired by the film 'Nowhere Boy', the story of John Lennon's childhood. Pete immediately began experimenting with songwriting and singing with the guitar. In 2013, Pete formed his first band, The Output Jax, with local school mates. Predominantly and Indie rock band, The Output Jax wrote several original songs, enjoyed several gigs and memorable moments before their split in summer 2015. It was in the Autumn of 2015 that Pete moved to another local school for the sixth form. Within the first month of his first term, Pete was cast as Jesus in the school's production of 'Jesus Christ Superstar' and was later cast a Chris in 'Miss Saigon' that took place the following year. During this time, Pete began jamming with and eventually formed a pop rock band with schools mates Ben Barber and Jasper Gaskin, becoming 'We Rob Banks'. After enjoying several headline and function gigs, the band naturally split due to school exams during summer 2017. In August 2017, having developed a repertoire of original songs, Pete released his debut single 'I Want It All Back' which was followed up by his debut five track EP, 'Homemade' in September 2017. In December 2016 Pete auditioned and was accepted into the Royal Northern College of Music in Manchester where he is currently studying a degree in Popular Music.

Excellent storytelling and lyrical connection, some of the best of the day. Excellent stylistic awareness and musicality. Some great use of stylistically appropriate vocal timbre throughout each song

Singers in the UK
Singers in Salford
Singers in Greater Manchester
Singers in Stockport
Singers in Oldham
Singers in Bury
Company
Discover
Download
Join us on
© Encore Technologies, Ltd.
Crafted with bagels and in London