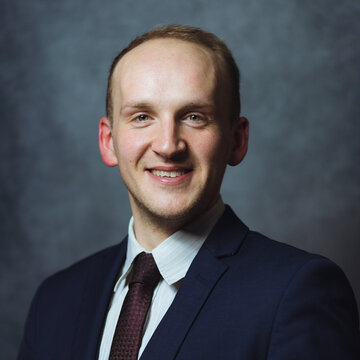 Classical Baritone, Peter Edge graduated from the Royal College of Music as a Master of Music, with Distinction, in 2019.
3 of 10 photos
Singer (baritone)
London

My warm baritone voice and audience engagement. I am more than happy to tailor my programmes to suit the individual and get complimented a lot on my variety of music.

I enjoy baritones such as Roderick Williams and Bryn Terfel.

On December 1st 2019 I made my solo debut at the Royal Albert Hall. Singing operatic arias, including getting the audience of 4000 to join in with Toreador (!), I performed to open the grand final of the ATP Champions Tennis Tour.

That’s ok. Just let me know far enough in advance so that I can double check my calendar and find a deputy if necessary.

I can link my iPad to a portable speaker if necessary, but it is not an issue. This will occur an additional fee due to the extra time it will take to source tracks.

In a recital - no time. Just a piano and a short rehearsal please! Backing tracks - 10/15minutes so I can get used to your sound system and sound check.

Yep. Contact me directly about requests as I only really prepare what is discussed.

Not a grand piano, no, but I do have a keyboard if this is required.

Yes. Contemporary pieces may result in additional charges due to their complexity and the time it takes to learn it.

Peter Edge is a wonderful storyteller - in our performance of Bob Chilcott's 'Wenceslas' our Community Choir were bowled over when Peter brought King Wenceslas to life with his baritone solo in this dramatic and moving musical work which wowed our audience in Ashley Parish Church, Shropshire. Despite his name, musical accuracy and the rich quality of his voice - there is no edge to this talented singer - Peter is a delight to work with and brings encouragement to our 'amateur choir' which lifts our confidence and performance.

His singing voice was a delight on the ear

Peter Edge delivered the baritone role of Lleu with a strong grasp of the husband’s bewitched desperation and rage, and his good diction, astute characterisation and expressive singing could suit many a role.