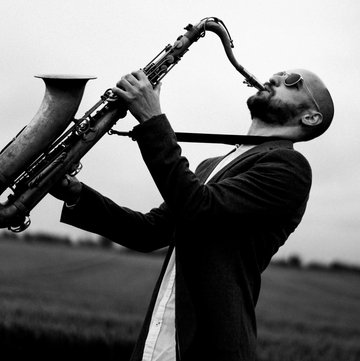 Paul has been performing as a professional saxophonist since 2010. He moved to London in 2012, to further his studies in Music Performance & Production at London Centre of Contemporary Music (LCCM). During his career Paul has performed all over the globe including; The Caribbean, Malta, Turkey, Tunisia, Germany, Italy, UK & many more. As a session musician Paul has a vast experience in studio sessions, working with a number of bands and performing live with function/party bands, jazz bands, big bands and orchestras. Paul's performances include; Malta Philharmonic Orchestra, Big Band Brothers, Black Hat Band, Ruby & the Rhythms, MK & the Misters (to mention a few!) Paul is also a band leader and manager for one of London's top Party Bands, MK & the Misters.

I always try our best to be flexible to help ensure your event runs as smoothly as possible. If timings change slightly in the run up to the event just let us know.

Absolutely. This is a really popular request and I actually offer this service for free, unless there's a DJ booked with Sax.

My set lists are crafted from countless performances and learning what works best to ensure guests dance and have an amazing time. However, I'm definitely happy to chat through and make sure we find what works for your event.

Yes one song request per event.

Numerous venues in the UK and a few others around the globe, mainly in France, Germany, Malta, Spain, Ibiza, Italy & the Caribbean.

NYE in Malta 10,000+ people and the Warner Brothers Circus themed party in January 2019.

I can’t recommend Paul enough! He is a very talented sax player, and completely made the party. His set was amazing, and had everyone up dancing. His polite and friendly manner, along with being professional makes him the number one choice for any party. I look forward to hearing Paul play again!

MK & the Misters played at our wedding in April and were absolutely fantastic. All setting up and arrangements on the day were faultless, and the band were easy to work with, as well as being very polite and professional. The band were incredible and kept the dance floor packed from the first song to the last. Their wide ranging playlist has plenty to appeal to both young and old, and everyone was singing and dancing along. All in all our expectations were far exceeded by this amazing band. Excellent, 5 stars.

Verified
Amy B, 3 years ago

MK & the Misters played at our wedding at Sopley Mill on 1st October. They were amazing!! The dance floor was permanently full all night! Everyone kept saying how brilliant they were, with comments like 'best wedding band they had ever heard' and 'where did you find these guys, they are so good!' They definitely made the night, and everyone had such a great time. They sang our first dance song, which made it that extra bit special. We loved it! If anyone is thinking of choosing this band, then do it, you won't be disappointed. Best of luck with everything. Amy and Tom Bridger xx

Verified
Steve B, 3 years ago

MK & the Misters played at our wedding in Cambridge and were truly excellent. They learnt our first song for us and were very flexible on our choices for the remainder of the set. This flexibility extended to the evening where we had to delay the start and they were absolutely fine with it. Once they started, everyone was jumping around on the dancefloor all night and we have had many of our friends and family comment on how good the band was. I would highly recommend them.

MK & the Misters played at our wedding in Bedfordshire in August and me and my wife loved them. They had the dance floor full all night, and all the guests said after the day that the band was amazing! Prior to the day, the service and communication was great. They learnt our first dance song and shared playlists with us that we could add to for the DJ sets. On the day, they were very professional, turned up on time, let us use the speaker system for speeches and were easy and fun to get on with. A personal highlight was the band convincing our venue staff to let them play our favourite song at the end of the night even though the curfew had passed and the venue wanted to clear up. This went down really well with all the guests, making me feel that the band wanted to go the extra mile to make sure everyone had a great time! Thanks to Paul and the team for a memorable night! We really would recommend this band to future wedding couples!

MK & the Misters played at our Unity Festival, a charity food festival for the local community in east London. They were exceptional from start to finish, on time, set up well before the event began (even when everything else was running late), and the music was incredible. Even with heavy showers and a busy festival crowd, they were engaging, full of energy, and professional. As an event manager they are exactly the band you are looking for when it comes to professionalism, entertainment and energy. Will definitely be booking them in the future.

Verified
Jonny B, 3 years ago

MK & the Misters played at our wedding in the French Alps on June 24th. They were everything you would hope for in a band for an occasion like this; easy to work with, easy and fun to get on with and full of energy for the excellent performance we had on the night. They brought lively and energetic entertainment to our reception and I would definitely recommend them, so much so I've already put them in touch with the wedding venue to recommend to future couples. Thanks to Paul and the team for a great night! Kim and Jonny

What a great sound a performance. Paul performed at my Birthday Party alongside a DJ and he was amazing. Interacting with the crowd and jamming to some great hits and house music.

Friendliest Sax player I've ever worked with. So talented and can perform to any style and genre. Very flexible with out music choice and made PWC party stand out with his performance. Will highly recommend.