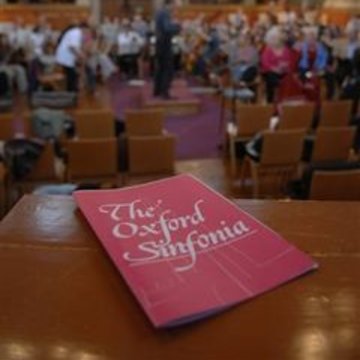 Founded in 1984, we are an amateur chamber orchestra of the highest standard.
Oxford

Founded in 1984, we are an amateur chamber orchestra of the highest standard. The orchestra does not have a fixed membership or a permanent musical director. This enables it to engage a wide range of accomplished musicians to direct and play in each concert. Many of our players are involved in music professionally, though not necessarily as performers. We promote four concerts a year and some special projects, and specialise in accompanying choral societies. We organise instrumental workshops, and are involved in twinning concerts, fireworks concerts and concerts for charities. In 2007 The Oxford Sinfonia raised £1000 for Medecins sans Frontieres and supported Oxfam in a come-and-sing Messiah. We support charities in come-and-sing concerts: 2007 Haydn Creation, 2008 Verdi Requiem, 2009 Mozart, Haydn and Handel, 2010 Mendelssohn Elijah, 2011 Rossini Petite Messe Sollenelle; 2013 Brahms German Requiem for the East-West Divan Orchestra. We are a registered charity no 1005364.