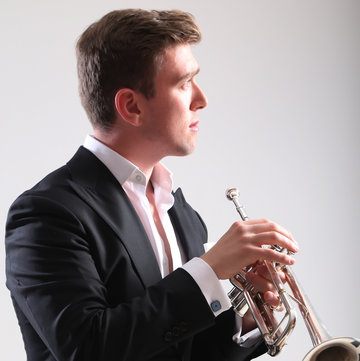 Jazz trumpet player and musician based in Essex! Performed up and down the country at numerous gigs and events!
3 of 9 photos
Trumpeter
Dunmow
Public liability insurance of £10 million

Ollie Wyatt is an emerging Jazz musician from the West Midlands now living in Great Dunmow Essex. Best known for his smooth tones and sharp appearance Ollie has been building his solo career as a talented trumpeter since 2014. Influenced by the likes of Chris Botti and Till Bronner, but to name a few, Ollie's ambition is to become Britain's next best selling instrumental artist. Ollie and his musical career are on the rise, and nothing can stop him from achieving the success he works so hard for.

La Vie Le Rose
Mack the Knife
Smile
Summertime
Just Friends
Blues
Wave
Girl from Ipanema
Blue Bossa
I'll remember April
Anthropology
Confirmation
Donna Lee
Scrapple from the apple
It's you or no one
I'll remember April
Milesstones
Autumn Leaves
So What
Freddie Freeloader
Straight, No Chaser
Have you met miss jones?
Minors Only
Fly Me To The Moon
It could happen to you
The way you look tonight
When I fall in Love
Moon River
All of Me
All the things you are
Take the A train
There will never be another you
Almost like being in love
Bear Necessities
But not for me
Ladybird
Over the rainbow
Dream a little dream for me
Embraceable you
Nearness of you
Over the rainbow
Nobody else but me
In a sentimental mood
Misty
Polkadots & Moonbeams
Here's that rainy day
Blue in Green
Georgia on my mind
I fall in love too easily
I remember Clifford
I should care
It never entered my mind
Smoke gets in your eyes
someone to watch over me
My funny valentine
When you wish upon a star
Round Midnight
Satin Doll
You don't know what love is
Sleigh ride
First Noel
Silent night
I'll be home for Christmas
It's beginning to look a lot like Christmas
Christmas song
Jingle Bells
Silent Knight
Let it snow
Winter Wonderland
Santa Claus is comin' to town
Have yourself
white Christmas
Over the rainbow
Thousand kisses deep
Hallelujah
Remember me (coco)
Nessum Dorma
Gabriels Oboe
Fist Full Dollars
Ave Maria (Shubert)
Ave Maria (Bach-Gounog)
Cinema Paradiso
This will be an everlasting love (Natalie Cole)
One call away
Customer questions

Please let me know if you have any questions

Ollie performed the amazing 'La vi en Rose' for my wife as she walked gracefully down the aisle. His music made that moment so special for both of us and more of a day to remember!