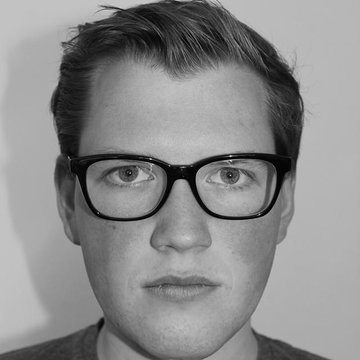 Check availability and get a free quote now - no commitment to book
From£180
Watch & Listen
About Ollie
Reviews
Home page
Ollie Clarke
Like Ollie?
Watch & Listen
1-3 of 4 videos
Thrill of the Uptown Freak - Cadenza
Merry Christmas from The Choir of Trinity College Cambridge
Walton: 'A Litany' (Drop, drop slow tears)

Ollie Clarke graduated from Sidney Sussex College, Cambridge in June 2015. He started his singing career at the age of 8 as a chorister at Tonbridge School. Since then he has sung with a number of groups including: Magdalena (The Alamire Scholars); the City of London Choir; the Carice Singers; the Façade Ensemble and the Choirs of Sidney Sussex College and Trinity College, Cambridge. His choral work has ranged from Byrd at Carnegie Hall, through Bach's B Minor Mass at St John's, Smith Square to Stockhausen's rarely performed Stimmung. Since 2015 Ollie has been taught by Ann de Renais. On stage, his Cambridge performances include: Samuel in 'The Pirates of Penzance' (2014); Sergei in Shostakovich's 'Moscow, Cheryomushki' (2014); Don Curzio in 'The Marriage of Figaro' (2015); and Narrator in Owain Park's 'The Snow Child' (2016) - a role which he created. As well as singing, Ollie is a keen rugby player, an enthusiastic FIFA player and the reason Trivial Pursuit is banned on Clarke family holidays .

The Song Cyclists performed excellently across the country.