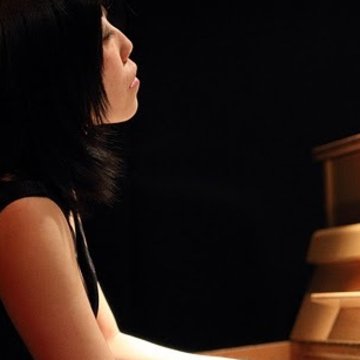 Versatile organist/pianist who has many years of experiences in Wedding, Memorial service, and other performances, including private events.
2 of 2 photos
Organist
Oxford
Public liability insurance of £10 million
Verified profile

Noriko was born in Japan and began her musical training at the age of five. She studied Composition, Organ and Piano at the Yamaha Music School between the ages of 5 and 16, and music at the Yamaha Masterclass, founded by Mstislav Rostropovich. During her time at the Yamaha Music School, she participated in many international tours, including the USA, Mexico, Indonesia, Germany, Finland, Hungary and Poland, where her pieces were performed including her organ concerto with Warsaw National Philharmonic Orchestra as a goodwill mission of musical education. She moved to London in 1996 and studied composition at Royal Academy of Music with professor Paul Patterson and graduated with BMus (Hons) and MMus degrees. She has been awarded many awards and scholarships. Noriko has had a number of her works being asked to compose and performed in Europe, Japan and elsewhere, including performances at international music festivals. Her works have also been performed at the Royal Festival Hall with Philharmonia with Martyn Brabbins. Recently her work Ibuki was released on CD and published. In last few years Noriko has been very active as a piano soloist, performing Beethoven Triple Concerto and Piano Concerto No.4 with Dartford Symphony Orchestra, and Beethoven Triple Concerto with Redhill Sinfornia, and regularly perform organ at All Souls Church, Langham Place, London. She has also performed organ in numerous locations including Royal Albert Hall.

Jesu Joy of Man's Desiring
Aria
Ave Maria
Bridal Chorus from Lohengrin, Wagner
Trumpet Voluntary, also known as the Prince of Denmark’s March,
Trumpet Tune, Purcell
Canon in D, Pachelbel
St Anthony Chorale, Brahms
Salut D’Amour, Elgar
Wedding March – Mendelssohn
The Queen of Sheba
Trumpet Tune in D, John Stanley
Hornpipe in D, from Handel’s Water Music
Toccata from Widor’s 5th Symphony in F
Hallelujah Chorus
Gabriels Oboe
Trumpet concerto in D
Here I am Lord
Amazing Grace
You raise me up
Make me a channel of your peace
Joyful, joyful
Panis Angelicus
Morning has broken
Oh Happy Day
All Things Bright and Beautiful
And Did Those Feet In Ancient Times
Be Still for the Presence of the Lord
Come Down O Love Divine
For the Beauty of the Earth
Give Me Joy In My Heart
Great is Thy Faithfulness
I Danced In The Morning
Lord Of All Hopefullness
Love Divine
Customer questions

No, I only provide live performances.

Depending on the venue, but I usually need about 30 minutes before the event.

I'll bring what I need, however I won't be able to bring organ/piano to the venue - therefore venue needs to have the instrument I perform apart from my violin.

Please do ask before the event in a good time - as sometime pieces needs to be learnt for longer than you think, especially if the pieces needed to be arranged to your specifications.

Standard Prices
All prices include:Consultation before the event.
Noriko

Noriko, was brilliant - she was so easy to communicate with and was so good on the day. Thank you so much!

Noriko was very good in every way. Especially when we kept changing the music choices. She even came over to see the church well before the wedding and was unfazed to learn that the organ refurbishment was due to finish just days before the event.

Hi Noriko Just wanted to say a massive thank you for playing today! As ever, the music was great – I really appreciate you coming to play for us !

Dear Noriko, Just wanted to say THANK YOU for such wonderful organ playing which was so uplifting at the service last Thursday – the staff who were there thoroughly enjoyed it