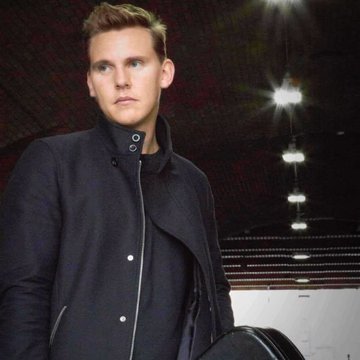 Im Nik, I play songs through the years and take all requests. I have played over 1000 shows including over 250 private events. I have supported artists like 'Go West' and 'Toploader' and love the chance to play a variety of shows such as birthdays, weddings etc. Give me a message, would be lovely to here from you. :)

Nik was just perfect entertainment for our party in the garden and I have lots of good feedback from our guests who really enjoyed his music. He was very sociable and easy going.

CF
Citiglow B
4 years ago

Nik started performing live locally playing the acoustic circuits in Cambridge, Norwich and Ipswich area, and for last 2 years extensively in London. In 2012 Nik was a finalist in National final of Live & Unsigned playing at the O2, and voted in top 5 acoustic acts by the Live & Unsigned judges. He recently was the main support act for Gareth Gates on his 2012 summer tour, and was a supporting artist At Abbeyfest in Bury St Edmunds, supporting Odyssey, Heat Wave and Gwen Dickey. Last April (2013) Nik supported Jack Bruce (basist from Cream) on the Eastern leg of his 2013 tour! Nik also had the privelage to play at AbbeyFest back in 2013 supporting - Chas & Dave, then went on to support Roger Chapman from the 70's band Family at St Andrews Hall in Norwich. Nik was honored to have played at The stunning Natural History Museum in Kensington to start this year, Nik has recently supported Geno Washington!