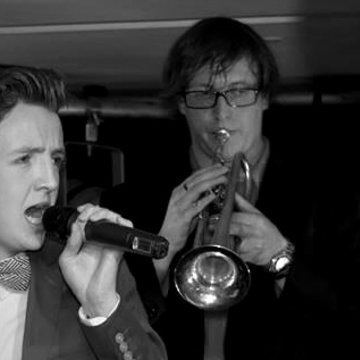 Nick is at home playing any style of music. Be it Classical or HipHop, he can provide the trumpet sound you are looking for.
3 of 5 photos
Trumpeter
Littleborough
Public liability insurance of £10 million
Verified profile

Having graced the stages of venues such as Ronnie Scott’s, Madame JoJo’s and The Barbican and appearing alongside stars of TV, Radio and London’s West End, Nick is no stranger to performing in a variety of genres and settings. Beginning with him appearing live with award-winning singer Rick Guard at Manchester 235, Nick’s professional career has also seen him in recording and film studios for stars of BBC Introducing, Kerrang Radio (including a Single of the Week) and NME Radio and onstage with even more stars of BBC Introducing and MTV Unsigned. In addition to this, Nick has played for over a dozen musicals including Jesus Christ Superstar, The Producers and Annie and he has completed contracts with Saga Cruises and Imperial Show. Aside from performing and teaching, Nick has composed and arranged Horn parts for a variety of bands and artists such as I Am Harlequin, Dodson & Fogg and John Larson & The Silver Fields and is currently in-house Horn arranger for Singer/Songwriter Olly Flavell, providing charts for his upcoming EP and tour.

I always try to be as flexible as possible to accommodate any changes. Just let me know as soon as possible of any adjustments to timings.

Unfortunately not at the moment, however, it is something I am looking into for the future.

If it's just me, about 10 minutes to set up and about the same again to warm up.

Absolutely, due to the nature of my work, I tend to play requests (from the usual repertoire) as standard.

Absolutely! As a trumpet player I tend to play acoustically anyway so I don't need much in the way of equipment.

Definitely, just let me know well in advance to give me chance to get to know it.

The balance between personality and professionalism. I pride myself in being professional yet approachable and friendly.

I once played a private function in the backing band for Brenda Edwards (The X-Factor) and Jordan Lee Davies (The Voice), who not only performed but were guests. I have also played to around 55, 000 people in Trafalgar Square with rapper E.N.V.

Standard Prices
All prices include:Telephone consultation
Packages
Wedding ceremony
This includes music as the bridal party enters, music as the wedding party leave at the end of the ceremony and up to 2 tunes during the signing of the registers.
£300

Very professional in his approach, communication and final product delivery.

A pleasure to collaborate with and an excellent end product which not only shows Nick is technically gifted but also sensitive and aware of the songs' needs. Would highly recommend.

Duncan B, 9 years ago

Having worked with Nick on various shows and with my own ensemble I can say that Nick is a great professional and a versatile player, happy performing in many different genres.

Nick was a pleasure to work with. Really helpful and did above and beyond what was asked. Couldn't be happier. Thank you!

Nick did a great job of performing trumpet for a recent production I put together called No Illusions by The Lines.

Fabulous work and exactly what the Dr. ordered!

Thanx! Great Job – I will use him again when I have more horn parts to do…

I sent Nick two tracks and gave him a very brief idea of what I was after, not going into too much detail. Yet within a matter of days he had completed work on two tracks for me, both of which were exactly what I had in mind. He was able to get my ideas on audio seemingly with ease. Beautiful playing and pleasure to work with. Highly recommended.