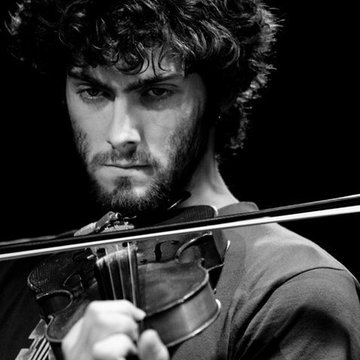 Fiddle/Guitarist/vocalist based in west of Ireland. World travelled and years of experience in stage performance

Neill hails from a musical family from Athlone in the midlands of Ireland, and has played professionally since completing a BA in Irish Music in UL in 2009. His experience spans many genres: Rock, Folk, Trad fusion of all sorts - with various groups Pervish, The Driftwood Manor, Rrradio Gee, Jukebox Gypsy and now D’Bize and The Noshowband Neil is well versed in festivals and folk clubs, playing all over US to Africa and Europe and even China. With D’Bize on fiddle and guitar/vocals, their first tour in 2014 England saw Glastonbury Stages and returned to Ireland and played more festivals in their first year; 2015 saw recording and gigging countrywide, their debut - "Storm Party" which was well received all over. The Driftwood Manor's album got great critical review in 2016 including the UK Sunday times; regulars on the UK west folk club/festival and Irish scenes.

everything subject to change in this industry; just get in touch

Standard Prices
All prices include:PA, consults, set list, learn songs sometimes
NEW!Virtual services
Personalised Music Message
Book me to create a unique music video for you to send to a friend as a gift. This could be a birthday message, first dance song for a wedding anniversary, or just your friend's favourite song to cheer them up.
£15
Bespoke music video
I'll produce a unique music video with professional recording equipment. I can customise the video with your own branding and lyrics!
£200
Zoom bomb
I'll jump into your Zoom call and surprise your friends and colleagues with a unique song!
£45