Natalia Elzbieta Wierzbicka (Dip ABRSM) also known as ViolinBiscuit is a vibrant Polish violinist, composer and vocalist regularly performing with London based pop singer-songwriter and busker Jazz Mino (www.jazzmino.com) and collaborating with a divergent pianist and composer, Christian Ray Leovido. Natalia’s keen interest in composition led her to frequent commissions for video-game companies (“Dissonance” Game Music Project) and production of well-recieved self-arranged classical cross-over covers (featured on Whereisthebiscuit Youtube Channel). Available for projects, performances, functions, commissions and session work. Having begun her violin studies at the age of 7, at Artur Rubinsten's Music State School in Bydgoszcz, Poland, Natalia always had the sheer aspiration to pursue music-making professionally.In Summer 2009, after moving over to England, Natalia continued her music education through Sutton Music Service and later at Junior Department of Trinity Laban Conservatoire of Music. By 2013 Natalia has accomplished Grade 8 in Violin and Grade 6 Voice, studying with David Larkin, David Brodowski (Violin) and Vivienne French (voice).  In July 2015, after two months of self-initiated preparation Natalia has achieved ABRSM Diploma in Violin Performance. Winning the first prize in the Cheam High School Battle of the Bands Competition in 2012, has enabled Natalia to made her debut recording of a classical-cross over arrangement for Avenged Sevenfold's hit “Afterlife" at Academy of Contemporary Music, which she then had the opportunity to perform in the finals of the EMT Polish Radio Station Competition at O2 Shepards Bush Arena, supporting renowned Polish artists such as Sylwia Grzeszczak and Lombard.  2015 has been a very successful year for Natalia and Jazz Mino, with a private performance to the Mayor of London at City Hall, to charming guests of a celebrity wedding at world’s famous Claridge’s Hotel, opening London Music Awards, supporting Lucy Rose at the BUPA Feel Great Britain Festival and supporting Lianne La Havas at How The Light Gets In Festival. in July 2015, Natalia altogether with Jazz Mino travelled over to, Sofia, Bulgaria, to perform as a part of street-culture promoting Tour sponsored by Beefeter Gin, where they’ve made appearances on the NEWS 7 and FM +, national TV and Radio stations. Respected for her commercial endeavours and versatility Natalia has made numerous appearances in credited London venues, such as the Royal Festival Hall, Wigmore Hall, Fairfield Halls and Blackheath Halls. A devoted orchestral player, Natalia has led orchestral projects in collaboration with the Philharmonia Orchestra and the London Mozart Players and is extensively seen performing with Trinity Laban Strings Sinfonia and TL Symphony Orchestra. During 2011 - 2014, as the leader of the Sutton Youth Symphony Orchestra Natalia had an opportunity to perform as a soloist for Bach’s Brandenburg Concerto No.4, and other magnificent solos from works of Shostakovich and Rimsky-Korsakov, with performances abroad in countries such as Spain, Italy and Czech Republic. Natalia’s fascination for variety of genres has led her to collaborations with recording artists such as Michal Morgan, Lost Film Foundation (The Parade) and Jos St Heiler. Deeply fascinated by performance as part of musical productions, most recently Natalia performed in “The White Feather” (Arion Productions Ltd) at Union Theatre, and “John & Jen”, as well as “A Christmas Carol” presented by Young Actors Theatre. As the Deputy Arts Captain, Natalia has made significant contribution to the Music Department at Nonsuch High School for Girls, where she led, coached, and performed with all of the school’s ensembles. Her commitment to the department has been awarded with a Jack Petchey Award, Bertenshaw Prize for Contribution to Musical Performance and The PSFA Prize for Arts Vice Captain. Natalia also holds the title of the Nonsuch High School for Girls Young Musician for Year 2013 and Cheryl Jenkins Memorial Award for contribution to the Sutton Music Service. Natalia believes that collaboration is the way forward and is strongly passionate about supporting all form of arts. Recently, she has worked together with an up-and-coming digital artist - Corelle Vairel, to raise funds for her violin, Joseph Kloc (1856). Other notable collaborations feature commissioned pieces from composers: Maya Austin, Tomoyuki Niga, Jude Junguk Sung and John Sturt. Determined to accomplish her musical ambitions, Natalia is currently undertaking a Bmus (Hons) Violin Performance degree, studying violin with Clare Thompson (previously with Andrew Sherwood) and Baroque Violin with Walter Reiter at Trinity Laban Conservatoire of Music and Dance.

Very friendly, there on time and played great - many thanks for coming along!! 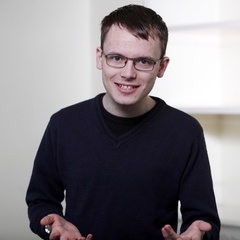 Natalia is a very capable violinist and a keen collaborator. Having worked with her on composition projects, I have found her to be an engaged, talented performer, and a very nice person as well. A true star! 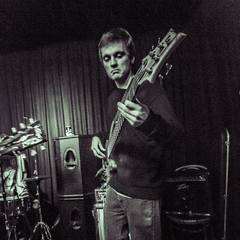 Natalia is a truly fantastic and inspiring musician, I get the pleasure of being able to perform with her regularly and would highly recommend her to anyone looking for a professional and talented player!