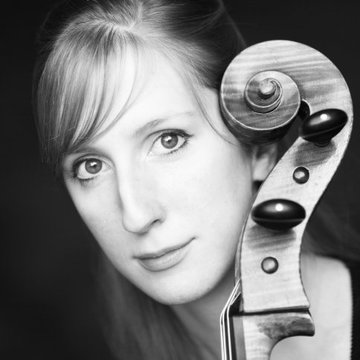 Check availability and get a free quote now - no commitment to book
From£200
Watch & Listen
About Naomi
Home page
Naomi McLean
Like Naomi?
Watch & Listen
Watch
Listen
1 of 1 video
Thoughts on Spring for Cello and Dancer

Naomi has had an extensive musical career to date, ranging from performing with Sir Simon Rattle and the London Symphony Orchestra at the Barbican Concert Hall to featuring as principal cellist at the Royal Albert Hall with Sir Elton John, to working under conductors such as Valery Gergiev, Sir Colin Davis and Yann Pascal Tortelier. Naomi has performed on BBC television under the baton of Sir Mark Elder, on BBC radio 6 with the Will Gregory Moog Ensemble and she has also appeared as a featured soloist and ensemble musician on CKUW Radio in Winnipeg, Canada. She has performed in venues such as the Royal Festival Hall and Saint Martin-in-the-Fields, also travelling further afield to perform in music festivals in Barcelona, Gothenburg and Bordeaux, and has performed in concerts and masterclasses featuring artists such as Natalie Clein, Wen-Sinn Yang, Gary Hoffman and Leslie Garrett. Sharing her love of music is one of Naomi’s passions. She has created several projects this year, focussing on innovative performance, outreach and cross-arts collaboration, which she intends to develop to help evolve the image of classical music and reach new audiences.