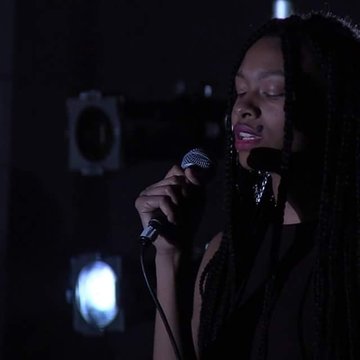 Check availability and get a free quote now - no commitment to book
From£180
About Naomi
Home page
Naomi Gardener
Like Naomi?

Performing Arts graduate within the field of interdisciplinary performance.
3 of 5 photos
Pianist
London

A recent Northwest Performing arts graduate, Naomi Gardener identifies herself as an interdisciplinary performer. Her distinctive style and personae resonates through her expressive lyrics, piano compositions and raspy Jazzy and bluesy vocals. Naomi is really passionate about song-writing and has colloborated with many at students in her university years while honing her talent abilities across acting,dance,singing,composing,fashion and piano. Naomi has been involved in a number of North-west dance and performance projects, performing at places such as Bluecoat and Latern Theatre Liverpool amonster other locations. Throughout her years at university she has competed in university open mic and talent nights and performances showcasing her singing and song-writing ability winning her first place at EHU talent night 2016. As a developing artist Naomi Gardener wishes to continue with her piano completing her piano grades, recording some of her latest compositions, colloborating with other artists and singers on original compositions, performing across venues.