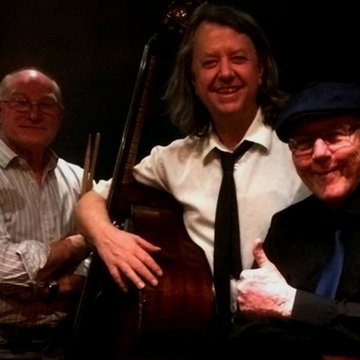 I'm comfortable with bands of all sizes, from duos to big bands across a wide jazz spectrum and he loves accompanying singers.
Pianist
Northampton
Public liability insurance of £10 million

At the first live jazz I ever attended age fourteen I was inspired to take up piano on hearing Billy Kyle with Louis Armstrong’s All Stars. I started learning his craft in home town Coventry jazz clubs and dance bands before travelling around France, Germany, Spain and Morocco to play for the American military firstly with The Doug Richford Quartet. Making his first BBC radio broadcast in 1967 with the Trevor Jones Jazzmen, Mike went on to The MillionAirs Big Band, backing cabaret aboard QE2, Bob Kerr’s Whoopee Band, Pete Allen’s Jazz Band and the Benny Green Quartet. He has played with the bands of Alan Elsdon, Pete Allan, Steve Lane, Brian White, Alan Gresty, Terry Lightfoot, The Pasadena Roof Orchestra and The Sticky Wickett Big Swing Band. My trio played to great acclaim at the Culture Centre in Chicago

Mike and his guys have been playing a monthly jazz evening at my restaurant, for eighteen months now and are booked to continue for the foreseeable future. Their music is always enjoyable and generates a lovely atmosphere. They are very popular. They are always punctual, well turned out, very friendly and happy to take requests. I recommend them without hesitation.

SR
Sandeep R
3 years ago, for a Hotel / Restaurant event in Karmana Restaurant

The Mike Kemp Trio is breath of fresh air in live music jazz genres, very soulful performers. Having spend all my life in the music industry travelling around the globe twice over I can say this trio brings new experience. I highly recommend them. Best wishes Sandeep Raval