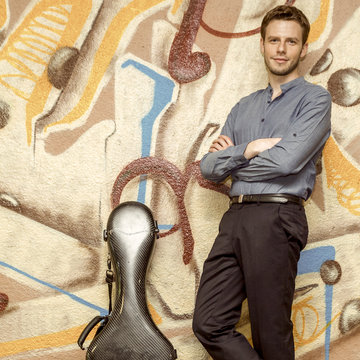 Classical guitarist and conductor Michael Poll has performed across North America, South America, and Europe, including in Barbican Hall, Wigmore Hall, and the National Theatre of Panama. Active both as a performer and a conductor, Poll’s 2016-2017 season includes headline concerts for the Wilderness Festival with Yijia Zhang, the Bloomsbury festival as both guitarist and conductor, six engagements conducting the Goodensemble orchestra in London including a Gala Performance in honour of Queen Elizabeth II, and guitar recitals in Boston, Washington, San Francisco, London, Philadelphia, and New York. Poll’s collaborators have included pianists Stephan Ciric, David Malusa, John Fisher, and Jason Bae, tenor Peter Devoran, barritone Jake Muffett, and his brother conductor Edward Poll. Michael Poll is currently performing works written for him by Chicago Symphony Orchestra Composer in Residence Elizabeth Ogonek. He is also collaborating with Joseph Stillwell, Igor Maia, and David Conte on new works for the instrument, as well as with Helgi Ingvarsson on a new concerto for guitar and orchestra. Poll’s own Three Preludes for solo guitar were premiered in 2012 as a part of the Dresden String Spring festival. A 2010 Fulbright and a 2012 Marshall Scholar, Michael Poll holds a Bachelor of Arts degree in music summa cum laude from the University of Pennsylvania. He has done coursework at the Curtis Institute of Music in conducting with Virginia Allen and in solfège with Eric Sessler. In 2012 he received the Graduate Performance Diploma from the Academy of Music in Poznan, Poland, and in 2014 the MPerf degree from the Guildhall School of Music & Drama, where he was made a Fellow in 2015. Poll’s teachers have included Frederic Hand, Lukasz Kuropaczewski, Emiliano Pardo-Tristán, Benjamin Verdery, Piotr Zaleski, and Robert Brightmore. Poll has been a member of the faculty of the Bryn Mawr Conservatory of Music and the Polish Guitar Academy, a fellow of the Norfolk Chamber Music Festival, and has held scholarships to the Aspen Music Festival and the European American Musical Alliance. He has performed live on the radio in Poland and Panama, and has had music broadcast by the BBC World Service.

Captivates through his sensitive playing 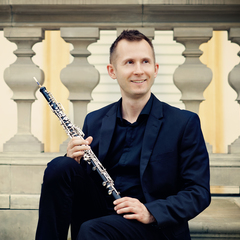 Michael is an outstanding guitarist. It is a privilege both to listen to him play, and to work with him. I give him my strongest recommendation.