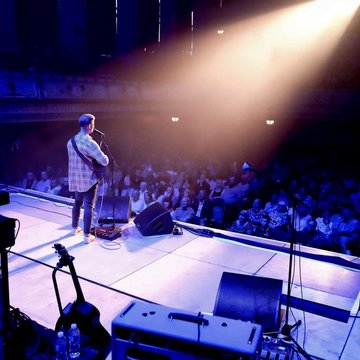 Matty Haynes is a singer/songwriter from Lincolnshire. His debut single, Racing Thoughts, was picked up by BBC Introducing. They hailed him a rising star and someone to watch out for over the coming months. Matty’s single “Home” and “Falling For You” have been selected by BBC INTRODUCING as ‘Track Of The Week’ and have been broadcast across many BBC radio stations. Matty’s passion has always been music and he has been writing and playing from a very young age. He could regularly be seen busking around Lincoln and Nottingham. He’s now playing venues up and down the country. He was the support act for musical legend Leo Sayer during his UK Tour this year and recently opened a show for Brother Strut!! Whether it’s a wedding, bar, party or private event. Matty will not fail to impress with his own take on well know hits alongside his own unique style. Matty’s performance includes stripped back acoustic songs and a full band-like experience using a loop / various effects pedals. Covering songs from Ed Sheeran, Passenger, The Killers, Bill Withers, George Ezra, Jamie Lawson, Mumford & Sons, Paolo Nutini, Oasis etc... Depending on your needs Matty has a top of the range Bose PA System so any venue can be filled with the highest quality sound. Having a function / event outside without any power supply?! No sweat!!! Matty can also provide a top quality battery powered amp when necessary! Feel free to drop Matty a message with any enquiries.

Matty performed at our garden party at very short notice and I could not have been happier! Amazing voice, friendly and made sure that we were happy throughout his sets - which we were! Looking forward to booking him again 😁

JA
Jacob A
2 years ago

Perfect fit for our occasion. Highly skilled musician understanding the tone and atmosphere we wanted to strike. Crucially a top bloke. Would hire again.

Matty has performed at a variety of venues I've been to and he is a true professional in every sense of the word. A fantastic musician, always engages the audience and never fails to get the party going. An excellent entertainer, perfect for any venue, party, wedding or event. Highly highly recommended.

EP
Edijs P
4 years ago, for a Christmas party in Boston PE21

Matty played at our private party back in December. Excellent act who we will definitely rebook and recccomend to all!!!