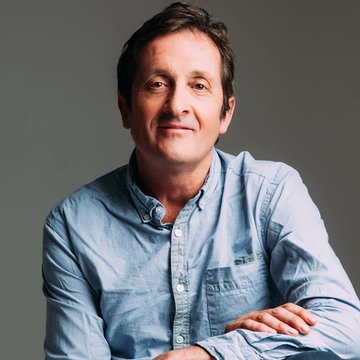 Violinist with experience in Symphony orchestras(L.S.O. R.P.O. etc....) and as soloist. Can play solo gigs or as part of quartet etc.
Violinist
Chippenham
Public liability insurance of £10 million
Verified profile

Matthew Taylor was born in Somerset and studied at the Royal Northern College of Music with Yossi Zivoni. After graduation he joined Yfrah Neaman's advanced solo studies class at the Guildhall school of Music and shortly after completion of this course became a member of the B.B.C. Symphony Orchestra in London . He left the orchestra two years later to continue final studies under the tutelage of the French virtuoso Maurice Hasson during which time he continued as a freelance player with the Royal Philharmonic Orchestra and London Symphony Orchestra. In 1989 he left London to become the violinist on the Pump Room Trio in Bath and continued to work as a freelance orchestral violinist and soloist. During this time he performed with orchestra many of the major violin concertos and his playing of the Mendelssohn violin concerto was described by music critic Tim Bullamore as "a performance of beauty and inspiration". He has recently played the Sibelius concerto with the Swindon Symphony Orchestra and next season will play the Brahms concerto with the Marlborough Concert orchestra. WORK EXPERIENCE : 1981-83 : Violinist with B.B.C. Symphony orchestra 1983-2014 : Freelance violinist in : London Symphony Orchestra - Royal Philharmonic Orchestra B.B.C. Concert orchestra B.B.C. National orchestra of Wales London Mozart Players 1989-1994 Violinist with Pump Room Trio (Bath) 1998-2000 Violinist in Quarteto Lusitano (Portugal) SOLO REPERTOIRE : Concertos: Brahms: Beethoven: Bruch : Elgar: Glazunov: Mendelssohn: Tchaikovsky : Sibelius. Sonatas ; Brahms: Debussy : Mozart: Beethoven : Misc;. Chausson Poeme : Ravel Tzigane: Dvorak Romance: Saint-Saens Havanaise & Introduction and Rondo Capriccioso

At the moment I just work as a solo violinist.

I will always try (and usually succeed) to accommodate you in any schedule changes.

I don't have a set list. Rather I try to just play whatever the client feels they would like to hear.

If I don't know the piece I can do this for a small fee depending on the length and complexity of the piece.

I have been praised mainly in the past for the quality of my sound but on a technical level I rarely fail to please also.

Last Night of the Proms (With BBC Symphony Orchestra)

Standard Prices
All prices include:Repertoire consultation and provision of all equipment necessary.

I was first introduced to Matthew a number of years ago when he was part of an orchestra playing for the long established and highly regarded, Swindon based Musical Theatre Company, SALOS. In 2017 I invited Matthew to play the role of the Fiddler, in the musical ‘Fiddler on the Roof’ His superb playing contributed significantly to the success of the show, which resulted in many complimentary comments from the both the cast and audience. In the spring of 2018 I had the privilege of hearing Mathew Play, in the Mayor’s Chapel, Bristol, a concert of Russian music which included; ‘Hymn to the Sun’ by Rimsky Korsakoff and ‘Serenade Melancolique’ by Tchaikovsky. I was once again enthralled by his playing. In December 2018 I invited Mathew to be guest artist in three concerts, two staged in the Arts Centre Theatre in Swindon and one in Marlborough’s Town Hall. The recognition he received from his playing of ‘Winter’ from Vivaldi’s Four Seasons and ‘Czardas ‘ by Vittorio Monti, by other musicians, vocalists and the audience was a true reflection of the enjoyment Mathew gave to those privileged to hear him play and recognition of his mastery of the violin. I am confident that any individual or organisation employing the services of Mathew will be delighted with his significant talent and professionalism. Ray Dance Joint Founder and Director of Barthropp Career Consultants Ltd. Joint Principal and founder of R and J Musical Theatre Company.