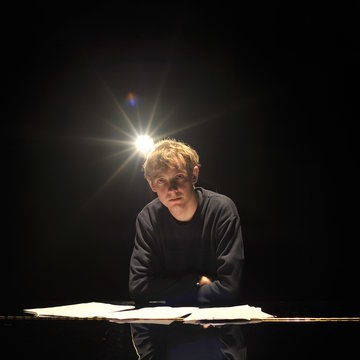 Check availability and get a free quote now - no commitment to book
From£160
Listen
About Matthew
Home page
Matthew Moore
Like Matthew?
Watch & Listen
1 track

From Medics' Orchestra programme, May 2016: Matthew studied at Hull University, obtaining an honours degree in music in 2011 and a master’s in performance and arranging the following year. He has participated in cello masterclasses with Natalie Clein, Steve Wilkie (RNCM) and George Kenaway (Opera North Orchestra) and is now based in Sheffield and Derbyshire where he works as a freelance cellist, musical director and music teacher, appearing regularly with local groups including Hallam Sinfonia, the New Yorkshire Concert Orchestra and Larkin Strings. Other recent performances have included concerts with Sheffield Symphony Orchestra, Sheffield Rep. Orchestra, Escafeld Chorale, Bel Canto Chamber Choir, Glossop Choral Society and Ryton Chorale. Last summer, Matthew played for back-to-back productions of Massenet’s ‘Cinderella’ with Sheffield City Opera and ‘Ghost’ with Spotlight Theatre Company. Matthew maintains a busy schedule as an events performer, with quartets in both Hull and Sheffield, and is an accredited cello teacher with the Derbyshire Music Partnership. Future work includes an upcoming string quartet performance at the House of Lords in London. Matthew began conducting whilst at Hull University, where he directed most instrumental and vocal groups including a concert with the symphony orchestra, and participated in masterclasses with Ronald Corp CBE and Adrian Brown. He has since held directorial posts with St Mary’s Chamber Orchestra and Chorus and Skirlaugh Village Voices. In 2014, Matthew took over as Musical Director for Woodseats Musical Theatre Group, with whom he is currently rehearsing for an upcoming production of Half a Sixpence. This is Matthew’s seventh concert with Medic’s orchestra, having joined as Musical Director in 2013.

Cellists in the UK
Cellists in South Yorkshire
Cellists in Rotherham
Cellists in Barnsley
Cellists in Doncaster
Cellists in Wakefield
Customer Service
Discover
Company
As seen on
© Encore Technologies, Ltd.
Crafted with bagels and in London