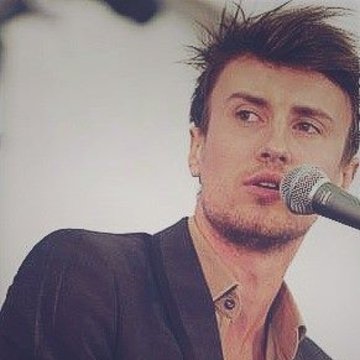 Hello! - I have over 10 years of extensive live experience whilst supporting the likes of Jessie J, Will Young and Beverly Knight.
Pianist
Hemel Hempstead

I have over 10 years of extensive live performance experience. I am friendly, hard working and work well with others, performing alongside the likes of Jessie J, Will Young and Beverly Knight has boosted my confidence, knowledge and respect of the music industry. I graduated with a music degree from University of Sussex alongside the British Institute of Modern Music where I was mentored by Squeeze's, Chris Difford. I have recently been working with P&O being based on the North Sea and I have just come to the end of my contract. 2008 - Three Counties - Interview and Airplay. 2008 - Live and Unsigned - Regional Finalists. 2009 - Canary Wharf Gig for BBC comic relief - Presented by Alex Zane 2009 - Accepted in BIMM (British Institute of Modern Music) 2009 - Mentored by Squeeze's, Chris Difford. 2010 - Brighton Komedia - Live and Lyrical 2010 - Supported Jessie J at the music venue, Coalition 2010 - Supported Will Young with Chris Difford at Brighton dome 2010 - iTunes Album Released - Among Men - Sold around 400 copies. 2011 - Professional Diploma in Songwriting from BIMM. 2012 - Performed alongside Beverly Knight at The Concorde 2 2012 - Album - Live in the Studio - Live Tracks - Sold around 600 copies. 2013 - Superhet Productions - Recorded three single releases 2013 - Solent Radio - Southampton 2013 - Single Launch of 'Control' - Still waiting on figures. 2013 - Music Video of 'Control '. Hit over 10,000. 2013 - P&O Ship performing in panoramic sky lounge on Piano - Vocal Pianist 2014 - Camden Barfly - SOLD OUT - Launch Party for 'Hey Boy' 2014 - Pride of Rotterdam - Vocal Pianist 2014 - Won battle of the bands for south east of UK. 2015 - Camden Barfly - SOLD OUT - Launch Party for '15 Minutes of Fame' 2015 - Pianist for 'Big City Swell' on board P&O - Vocal Pianist 2015 - Invited to National Spinal Injury Unit to perform an intimate show for patients. 2015 - 2016 - P&O - Piano Vocalist

Hired Matthew for a work Christmas Party and he was pleasant and funny, also got people dancing.

Matt and his band played our wedding and we could of been more happy, they even performed the first dance song