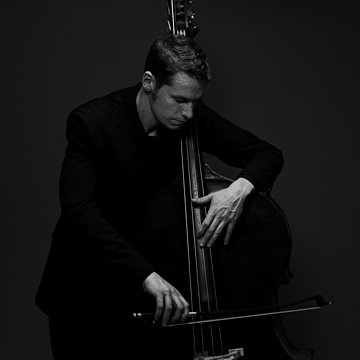 Double Bassist
London
If you need a strong agricultural doublebass section let me know, I am the right person.

Marco Abbrescia born in Trieste Italy, started to study doublebass at the age of seven. He graduated under the guidance of Stefano Sciascia with summa cum laude at Conservatorio “G.Tartini”. Marco played with renowned orchestras such as Orchestra nazionale dei conservatori italiana and the Riccardo Muti’s Orchestra L.Cherubini, and Orchestra Mitteleuropea. He is also an active soloist and chamber musician; he performed with Prazak quartett and many other chamber groups. Marco moved to London in 2016 and performed as a soloist in venues like Blackheath Hall, Wigmore Hall and Old Royal Naval College Chapel. As orchestral and chamber player he performed in Royal Festival Hall, Cadogan Hall, St. James Piccadilly, St.John Smith Square. He’s now attending a Postgraduate Artist Diploma at Trinity Laban with Leon Bosch.