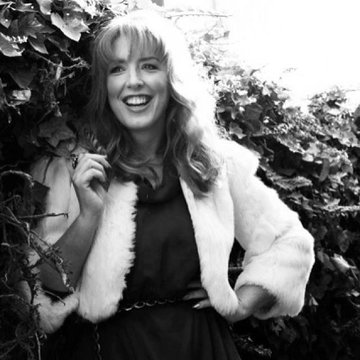 Chart topping Lynsey Shaw is available as a solo singer with backing tracks and as an acoustic guitar duo with James Skingle.
3 of 11 photos
Singer
London
Public liability insurance of £10 million

Lynsey Shaw has performed in many guises, including as part of chart-topping band GirlsatPlay. She fronted the girl band for world renowned powerhouse production and songwriting team Mike Stock and Matt Aitkin. Two singles, three UK Arena tours, and many Radio One Roadshows later, the band split. Lynsey then founded, creatively directed and wrote the songs for Electric Dolls, branching out into producing and presenting their own TV show and performing alongside Jay-Z and Mark Ronson at Wireless Festival, Hyde Park. Lynsey moved to Los Angeles ten years ago and her first US gig was singing the British National Anthem at the Honda Stadium in front of a seventeen thousand strong crowd and millions on HBO. While living in LA, Lynsey produced UK docu-reality show, Nadia Goes to Hollywood documenting her time crafting Nadia Forde’s debut music campaign, and The Courier, written and directed by J. Mackye Gruber (The Butterfly Effect, Final Destination). Back in the UK for five years now, Lynsey founded Impossible Things Entertainment, creating live and digital shows around the UK.

You're Still the One
Breakeven
House of the Rising Sun
Jolene
9 to 5
It Must've Been Love
Stand By Me
Heard It Through the Grapevine
Easy (Like a Sunday Morning)
Hello
Nut Bush, City Limits
Nobody Does It Better
Dancing In The Street
I Will Survive
Coming Together
Bang Bang
Valerie
You Know I'm No Good
You've Got The Love
We Belong
Faith
Treasure
Locked Out of Heaven
Ordinary World
Stuck In The Middle
Blank Space (PMJ version)
Style
Teenage Dirtbag
Kids in America
Madonna Medley
Torn
Heart of Glass
American Boy
I'm Mad About The Boy
Hey Mickey
Summer of '69
Ain't Nobody
Living On a Prayer
Don't Stop Believin'
Rolling In the Deep
Tainted Love
Son of a Preacher Man
California Dreaming
Dreams
Lady Marmalade
Borderline
Boys of Summer
Call Me
Don't Go
Freedom
Cruel Summer
Crazy in Love
Girls On Film
Tide Is High
Do You Really Want to Hurt Me
Finally
We Are Family
I Will Always Love You
If I Ain't Got You
Love At First Site
Wannabe
Toxic
Fix You
Sky Full of Stars
We Found Love
Love Machine
Whole Again
Together Again
Sweet Dreams
Who's That Girl?
Buffalo Stance
Little Bird
Walking On Sunshine
Oops I Did It Again
Love Fool
Kissing a Fool
Club Tropicana
Wake Me Up Before You Go Go
I'm Your Man
Kiss
Nothing Compares 2 U
Young Hearts Run Free
Fever
Route 66
Better the Devil You Know
I Wanna Dance With Somebody
How Will I Know?
Jessie's Girl
Heaven is a Place on Earth
Manic Monday
Walk Like An Egyptian
Karma Chameleon
Purple Rain
Total Eclipse
Rio
Let It Go
Shake It Off
Mean
Make You Feel My Love
Don't Know Why
Why Haven't I Heard From You
Take On Me
Don't Leave Me This Way
It's Raining Men
Respect
Think
We Don't Have To Take Our Clothes Off
Papa Don't Preach
Open Your Heart
Don't Tell Me
Like A Prayer
P.Y.T.
I Love Rock n Roll
You & I
Born This Way
Edge of Glory
Just Dance
Video Killed the Radio Star
Don't Let The Sun Go Down On Me
You Don't Own Me
Anyone Who Had a Heart
Life on Mars
Goodbye Yellow Brick Road
Don't Get Me Wrong
Mr. Brightside
Fame
What A Feeling
Lady Is a Tramp
Abba Medley
Fernando
Believe
I Feel Good
Hungry Eyes
Disco Inferno
Upside Down
I Drove All Night
The Power of Love
Alone
Is This Love?
Here I Go Again
Pour Some Sugar On Me
Here Comes the Sun
Something
I Saw Her Standing There
Crazy Little Thing Called Love
What's Up
Don't Speak
California Girls
Raise Your Glass
Beautiful
Customer questions

Our versatility, rapport with the audience and our popular set list.

The Aeronaut, Acton, and the George IV, Chiswick.

So many! Just check out our eclectic set list!

I have played UK and US arenas amongst many other amazing venues.

Absolutely. This is a really popular request and we actually offer this service for free. If you'd like a DJ service via our PA after the final set until the venue closes, we provide this for an additional £150.

Lynsey and James are fantastically talented duo. Always fun and super professional, they have a huge repertoire and they bring the party whenever they play. A staple at our venue, the crowd love them as much as the crew. A pleasure to listen to!

Having worked with Lynsey for years, I can vouch that there are not many better entertainers out there on the London Circuit. Whether she is performing in front of thousands of cheering fans at sporting events or intimate acoustic events her vocals resonate with any audience and her warmth of character connects with all.