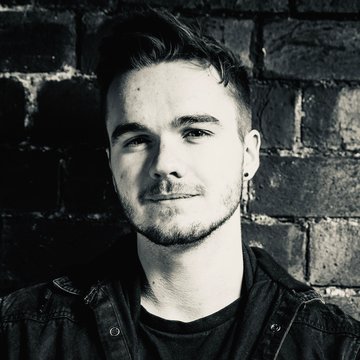 A young, well experienced, Leeds based drummer available for gigs and recording sessions with pro equipment and transport.
3 of 8 photos
Drummer
Leeds

“From my years of experience performing and recording, I can provide an accessible solution to artists, songwriters and producers who desire the compelling sound of a real drummer for their projects.” — Luke J. Hatfield Luke first discovered that music was what interested him the most when he started playing drums at age eleven which seemed to come naturally to him. Over the years Luke has attained a range of skills and experience to develop his craft. ​ During his high school years Luke played in the school soul band which was his first taster of being in a regular gigging band, performing at weddings and large charity events. At the age of fifteen, after much development to his playing, Luke joined his first original band. After just one month of joining they took part in the Amp Awards competition where the final was held at the 02 Academy in Leeds. ​ At the end of his school days, Luke moved on to his next chapter where he started his studies at Leeds College of Music. This eventually led to pursuing a degree in Music Production to which he graduated in 2018. ​ In 2016, Luke was then asked to become drummer of UK Hard-Rock band Jupiter Falls, to which Luke was the full-time drummer until December 2019. Their success includes two acclaimed albums, Revolution (produced by Roy Z), Faces In The Sand Pt.1 (featuring a track with Wearing Scars vocalist Chris Clancy) and a Single release recorded and produced by Luke himself. Luke performed with the band at venues all across the UK, most notably Leeds O2 Academy, Wildfire Festival and Warehouse 23 Wakefield supporting Iron Maiden bassist ‘Steve Harris’ in his band British Lion. ​ Following Lukes Graduation, he formed function band Changing Melody with his fellow LCoM Students. The band went on to perform at numerous weddings, parties and events which led to their first prestigious celebrity party for Rylan Clarke-Neal where they played alongside artists Heather Small and Sophie Ellis-Bextor. ​ More recently, Luke has been busy producing new music with Folk-Rock artist Tree with remarkable new single 'A Perfect Circle' and as a result, Luke is now the permanent drummer for Tree.

Very professional. Excellent performance in the band playing at my wedding.

Filled in for a gig with my band at a private event. Learned the songs in time, fantastic sounding.