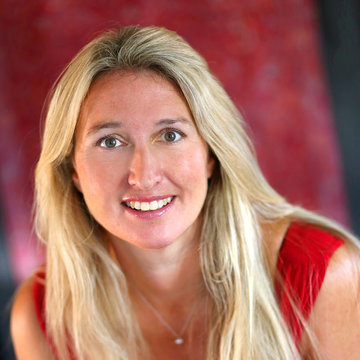 Check availability and get a free quote now - no commitment to book
From£200
About Lucy
Song list
Home page
Lucy Braga
Like Lucy?
Watch & Listen

Lucy Braga- Soprano (biog) Lucy Braga studied singing at the Royal Scottish Academy of Music and Drama with Patricia MacMahon. She then spent several years living and working in Vienna, where she was a member of the Vienna State Opera Chorus, and of the prestigious Arnold Schönberg Chor. Lucy has performed with many of the world's leading conductors, among them Nikolaus Harnoncourt, Claudio Abbado, Sir Trevor Pinnock, Marc Minkowski and Sir Roger Norrington. Orchestras she has performed with include Vienna Philharmonic, Berlin Philharmonic and the Concertgebouw Orchestra. Operas include Die Jakobsleiter, Carmen, Fidelio, die Meistersinger, Turandot in Vienna, and Die Fledermaus at the Salzburg Festival ( Marc Minkowski). Lucy was also chosen to perform as soprano soloist (The Angel) in Wolfgram Wagner's Oratorio "Augustinus" ( World Premiere performance in Vienna with the composer in attendance) Since returning to the UK, Lucy has been in demand both as a singing teacher and as a soprano soloist. Lucy has sung Soprano in the Mozart Festival Chorus (choir and sop solos) in the Carols by Candlelight concerts at the Royal Albert Hall for the past five years, also performing at the Barbican and Birmingham Symphony Hall. Lucy is a great ballet lover as well as an opera singer, and she sang recently at Carlos Acosta’s Classical Farewell performances at the Royal Albert Hall. She recently sang in the World Premiere of Sir Karl Jenkins’ “Symphonic Adiemus” (with The Armed Man) at the Royal Festival Hall. Lucy has performed as Soprano Soloist in Mozart Requiem, Rutter Requiem, Britten's “Ceremony of Carols”, Haydn's Maria Theresia Mass, Verdi Requiem, Beethoven’s 9th Symphony among other works, including most recently singing as Soprano Soloist in Haydn’s Creation, Fauré Requiem, Vivaldi Gloria and Vivaldi Magnificat. In 2019 she will sing the role of Pamina in Mozart’s great opera “The Magic Flute” with Opera Integra in London.