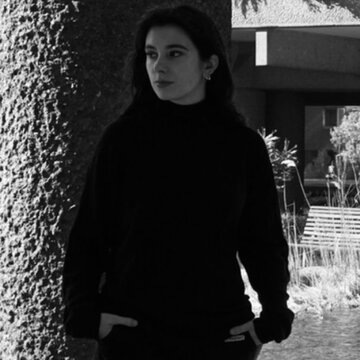 Classical Pianist studying at The Guildhall School of Music and Drama. Experienced in solo performance, accompanying and piano teaching
3 of 4 photos
Pianist
London

Lucy Barratt is British Pianist currently studying at the Guildhall School of Music and Drama. She is 19 years old and was born in Bristol. She started playing the piano at the age of 5 inspired by her mother, a piano teacher, and by both of her parents who encouraged her to listen to music from an early age. After learning for a year with her mother she began studies with Catherine Miller in Bristol with whom she continued with for ten years. She studied at Chethams’ School of Music in Manchester with Helen Krizos and now receives tuition from Katya Apekisheva at the Guildhall. Achievements include reaching the EPTA (European piano teachers association) finals, subsequently earning second and third prizes, reaching the finals of the Scottish International Piano competition, winning many local competitions and the overall prize in the Bristol Festival of Music, Speech and Drama. She has also taken an LTCL performance diploma. As well as this Lucy was invited to give a recital at the Hebden Bridge Piano Festival. At age 13 Lucy organised a concert for Teenage Cancer Trust raising over £500 and has also taken part in many charity concerts, including three concerts in and around Manchester with other pianists from RNCM and Chethams’. Lucy has performed both as a soloist and ensemble player in concert venues such at St.Georges, Henleaze URC in Bristol, The Bristol Music Club, the Welsh College of Music and Drama, The Royal Northern College of Music, Steinway Showrooms and Chappell’s in London and in Manchester Cathedral. More recently she has done a promotional video for a new concert hall in Bristol, playing for film music with a quartet at Abbey Road studios as well as performing with a violinist for the Swedish Ambassador. She has attended masterclasses with Charles Owen, Murray McLachlan and Boris Berman to name a few. Lucy also has taught 5 children for 3 years in Bristol and has taught for graded exams as well as music theory exams. Her range covers beginners right through to advanced students.

I usually set up about 1 hour before the performance time. As soon as I am set up I can provide a free playlist service to help set the atmosphere and get your guests ready for our live performance.

Yes, of course - as long as the piano is working and in tune, then I'm happy to play on it.

Yes of course, as well as any songs that you wish to be played as well. I can then play a personalised playlist for you. I would need to know your choices about 4 weeks before the gig to make sure I have the sheet music/correct edition and time to practice it.

I cannot, as I take public transport to gigs and a keyboard in a case is very heavy for me to transport.

I can then play a personalised playlist for you. I would need to know your choices about 4 weeks before the gig to make sure I have the sheet music/correct edition and time to practice it.

Thank you for playing at the ball!

Thank you very much for playing