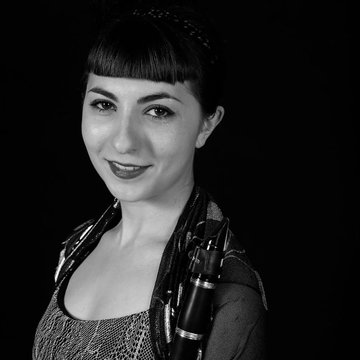 Lucinda - sax and clarinet player from Stoke. Graduate of the Royal College of Music.

Lucinda Dunne is a recent graduate of the Royal College of Music, where she studied both saxophone and clarinet under professors Kyle Horch and Janet Hilton. She previously studied at Chetham’s School of Music with Andrew Wilson. In 2012, Lucinda reached the woodwind category final of BBC Young Musician of the Year. She has gained orchestral experience playing with groups such as the National Youth Orchestra, Piccadilly Symphony Orchestra, and Orchestra Vitae, performing at notable venues including The Sage Gateshead, St John's Smith Square and Royal Festival Hall. Lucinda debuted as a soloist with the RCM Film Orchestra and later performed Benson’s ‘Aeolian Song’ with the RCM Wind Ensemble. She most recently performed Weber's Clarinet Concerto (No 1) as a soloist with the Portobello Orchestra. Lucinda also enjoys instrumental tripling (playing saxophones, clarinets and flute) and being part of pit orchestras for musical theatre. Some shows she has recently performed in include The Wizard of Oz, A Little Night Music, Top Hat, Thoroughly Modern Millie, West Side Story and Guys and Dolls. Lucinda is a keen chamber musician and enjoys performing as the soprano saxophonist in the Kumori Saxophone Quartet, amongst other ensembles. Kumori Saxophone Quartet is comprised of graduates and students of the Royal College of Music and the Royal Academy of Music. The Quartet performs a wide range of music, from staples of the saxophones repertoire and transcriptions of classical works, to contemporary works. Its members hail from the UK, Sweden, and Canada, and have performed extensively in the UK and internationally. The Quartet’s name, Kumori, is from the Japanese word for “cloudiness”, an homage to Debussy’s Nuages (Clouds), a favourite work of the Quartet.

We had a slighter older audience at our wedding and wanted something with a more sophisticated feel. Initially we thought the Aeolos Duo would be nice for background music, but as it turned out, our guests were keen to pull up a seat to watch what turned into a private concert. It's a real credit to these two fabulous musicians! Also two very nice people!

We were delighted to have Craig and Lucinda perform at our wedding reception. It was absolutely beautiful music and perfect for the occasion. They came well prepared, and were very easy to communicate with through the whole process. Would definitely recommend!

Lucinda and Craig sounded great! Very professional, organised, they even learnt a song I requested for the occasion. My friends enjoyed it a lot too. It was perfect for the occasion! 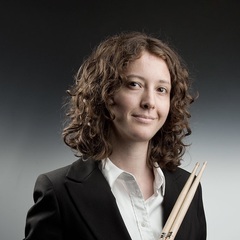