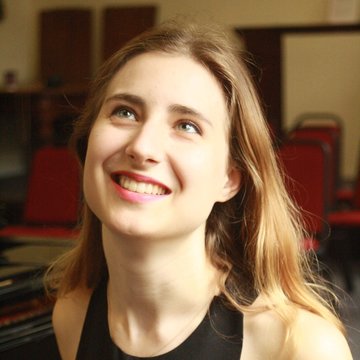 Luana Kaslin, born in 1996 in France, started to study Piano and Cello at the age of 5. After being unanimously awarded the Prize in Piano in June 2013 after three years at the Paris Regional Conservatoire in the class of Anne-Lise Gastaldi, and obtaining another degree of two years of « cycle de perfectionnement » , she was offered a place to enroll the Royal Academy of Music’s Bachelor program in Year 2 where she worked with Pascal Nemirovski and Tatiana Sarkissova. She graduated in June 2018. Luana has participated in numerous International piano competitions and was finalist notably in the ClaviCologne International Piano Competition in 2016. She’s played in England,France, Lebanon, Spain, Italy, Finland, Germany and is regularly invited to perform in the Abbaye of Royaumont, and by the Pimlott foundation. She has received advice from greats artists as Amandine Beyer, Edoardo Torbianelli, Stanislav Pochekin, Dmitri Alexeev, Adrian Brendel, Amandine Savary, Marie-Josèphe Jude, Fabio Bidini among others. She is a member of the Meraki Trio since 2016.

very impressive performance in so many ways"