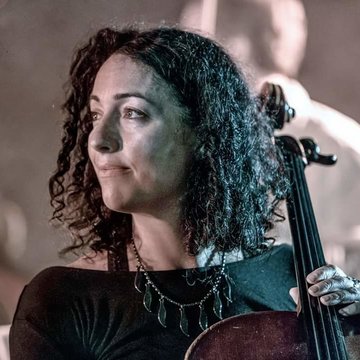 Professional cellist experienced in performance, writing and recording in a range of genres from classical, to Arabic, to americana and pop
Cellist
Oxford

I play in the Brickwork Lizards (an eclectic jazz and arabic fusion band), contributing to song writing and leading the arrangements for the string section. I compose music for piano and strings. I also performed with the pop band Saint Etienne over the course of 3 years, this included performing at Glastonbury and the Royal Festical Hall, as well as recording on Sarah Cracknell's solo album 'Red Kite'. I've played as a session cellist with other acts in this time including Pete Gow, Nick Cope, and Matt Edible and the Obtuse Angels. I have recorded and filmed for Disney's live-action version of Aladdin, and performed in a concert of Saudi Arabian pop singers at the Marriott Hotel in Mayfair. I've performed solo cello using my own compositions at drinks receptions for Oxford University, art installations, and weddings.

'It has been my pleasure to work with Louisa both live and in the studio. She is organised, enthusiastic, creative and a real team player. She is great fun to tour with and really easy going. She has a wonderful feel in her playing, a mixture of real emotion and pure groove and is always happy to adapt and change things if necessary at the last minute, also to come up with her own ideas when asked. I would recommend her to anyone.'

Louisa is a pleasure to work with. There was good communication leading up to our event (a garden party for 160 people) and she was very responsive and understanding to our needs for the occasion. She suggested a perfect programme and arrived on time, elegant and beautifully presented. Her solo performance was lyrical, bright and charming and she played with apparent ease and skill. Those attending the party were treated to a melodic and sublime repertoire on a lovely summer’s day. I am looking forward to working with her again.