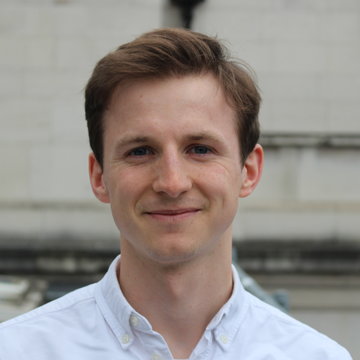 Louis Martin is a versatile composer and prize-winning performer, specialising in Spanish & Classical Guitar. He has experience performing for over a decade in many settings such as at a Bishop's 80th birthday party, in the orchestra for Bugsy Malone, and at Societe Generalé for International Music Day. He has studied Composing for Film at Goldsmith’s College, London, furnishing his compositional techniques under award-winning film composer Mariano Nunez-West, but nevertheless deems himself a self-taught musician having developed a unique style of playing the guitar from a young age. His love of the instrument grew listening to pop, rock, folk, and jazz music, and masters such as Johnny Marr, Walter Becker, Joni Mitchell, Bert Jansch, all had a profound effect on his composing and playing abilities. He later looked deeper into the origins of the guitar, and from there on began his investigations into Spanish music, studying the great works of Francisco Tarrega, Fernando Sor, Heita Victor-Lobos, Andres Segovia and British classical guitar player Julian Bream. He now wishes to share his love of the guitar, with its great history and beautiful sound with you, and to provide the perfect backdrop to your special event.

I'll always do my best to be flexible to make sure your event runs smoothly as possible. If you could let me know as early as you know, that would be much appreciated.

Yes! Given that there is a PA system at the event, I can offer this service for free.

I like to set up an hour before the performance time. This is to set up my amp or the PA ( if needed), and to check the acoustics, stool, etc.

Most certainly you can!

I can bring an amp for my electro-classical guitar, if a PA system is not available at the venue and a louder sound is required.

Certainly! Unlike many acts I do not charge for this request, but it will depend on the length/complexity of the piece and the time I will have to learn it before the event date.

Verified
Victor B, 1 year ago

Booked on behalf of a client, feedback was excellent.

“Louis Martin played guitar at the Splash East London Festival of Rivers and Oceans on 15th June 2019 which added a lovely atmosphere to open the festival and was very professional.”

On behalf of the PCC and the Vicar and churchwardens (Frances Downing and myself), I wanted to let you know that we were thrilled to be able to have Louis Martin entertain us on the 6th April 2019 at St Peter’s-in-the-forest, Walthamstow. His deft and emotive guitar playing was a delight and, with his excellent singing voice alongside, his performance was a very bright spot in the day. The packed audience loved it and so did we! I would highly recommend him to others and, indeed, have already sung his praises on our ‘Friends of’ Facebook page. Please pass this belated expression of gratitude on to Louis and thank him and his team of roadies for all that they did. A real pleasure. Yours sincerely, Bernard

Verified
Stavros A, 2 years ago

Louis was a true professional. He played a brilliant set and was open and flexible when we asked him to arrive a couple of hours later than initially agreed. Great musicianship, great aura! Would definitely recommend to others hosting private parties.

Louis was just what we wanted for my brother's wedding day. He didn't fall short at all. All the requests were executed to perfection and I'd recommend anybody to get him to perform at any future events.

Louis played with our son and another friend for our joint 50th birthday party. We asked them because we knew they were good and they didn't disappoint us. We had great feedback from the guests.