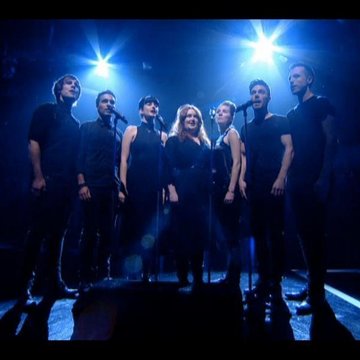 London Contemporary Voices choir is one of the UK's leading choirs. We have performed with 17 Grammy-nominated artists and have performed at most major venues in London including the O2 Arena, Royal Albert Hall, Barbican, Royal Festival Hall, Roundhouse and Brixton Academy. We can provide groups of 4 to 100+ singers, across all genres of music including pop, a cappella, classical, gospel, soul, jazz, barbershop and musical theatre. Former clients include Burberry (3 fashion shows, campaign recordings and numerous in-store performances), Selfridges, Harrods, Liberty, Tiffany & Co., The Savoy Hotel (Boodles Diamonds), Land Rover, Topshop and many more. We are available for private hire, corporate events, VIP entertainment, award ceremonies, conferences, sports events (e.g. national anthem), product launches and flashmobs. We are also available for weddings, funerals, Christenings, birthdays, carol singing and singing waiters. Previous highlights include: 3 Burberry Fashion Shows; recording on Elbow's UK No. 1 Album Little Fictions; performing with Sam Smith, James Bay, Marcus Mumford and Joss Stone; recording music for the stage show Harry Potter & The Cursed Child; performing at the start line of the London Marathon (televised on BBC and internationally); appearing on BBC2's Later With Jools Holland alongside band Alt-J; performing at the Evening Standard's Progress 1000 Awards Event; in-store performances for major department stores such as Harrods, Selfridges and Liberty. We have taken private bookings at venues including Somerset House, the National Gallery, the V&A Museum, Stamford Bridge stadium, London Film Museum, Eltham Palace and Queen's House. We also provided backing vocalists, session singers and session choirs, and have worked with over 50 artists. Between them, our collaborators have won 9 Grammys (plus 34 nominations!), 17 Brit Awards (plus 31 nominations!), 6 Ivor Novellos (plus 4 nominations!), 11 MOBOs (plus 3 nominations!), 2 Mercury Prizes (plus 5 nominations!) AND a BAFTA, AND a Golden Globe! We will work with you to choose a repertoire that creates the perfect atmosphere for your event. We have over 100 existing choral arrangements and provide further bespoke arrangements if necessary. We have singers from a range of musical backgrounds, many of whom are from prestigious music colleges and/or have considerable professional experience (including work with artists such as Sam Smith, Sir Elton John, James Bay, Joss Stone and many more).

A
Amelia
3 years ago

We used London Contemporary Voices for our corporate event at the end of last year. Their performance was absolutely brilliant - really impactful and emotive. We had loads of great feedback from many of our 500+ attendees! I would recommend LCV to anyone as they were very friendly, punctual, accommodating (when our presentations over ran and their slot was pushed back - thanks for your patience guys!), and most importantly amazing performers. Thanks for joining us for our event!

HO
Head B
7 years ago

It was a real pleasure to work with the choir, you helped us deliver one of the best performances at our shows to date and you’ll have seen the media buzz around the performance. We couldn’t have asked for more from you and are very appreciative of your efforts.

I just wanted to pass on our sincere thanks for your efforts on this year’s event. I have briefly seen the coverage and saw that you got some nice airtime on the BBC! More than that though, the performances set a fantastic atmosphere for both the races and the watching crowds, it sounded great. Very much appreciate your efforts in coordinating the performances and singers and I hope you enjoyed the day and it was stress-free for you. Even the sun managed to make a brief appearance during the second performance!