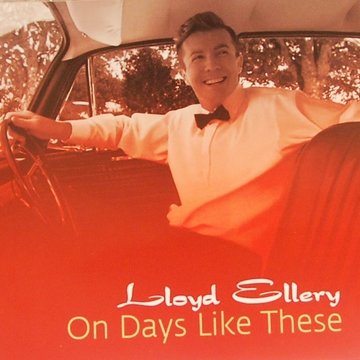 Check availability and get a free quote now - no commitment to book
From£160
Watch & Listen
About Lloyd
Song list
Reviews
Home page
Lloyd Ellery
Like Lloyd?
Watch & Listen
Watch
Listen
1-3 of 14 videos
VTS_01_1.VOB
Anthem
I Just Don't Know What to Do With Myself

"If you are looking for charm, sophistication and versatility, Lloyd is your man. He has been professionally entertaining for over 20 years"
3 of 21 photos
Singer
London
Public liability insurance of £10 million

Born and raised in Cornwall, Lloyd started singing at a very young age, at the Music Festivals which were so integral to the West Country's mining communities, as well as in church and school choirs. It was during this time he became known as “Cornwall's Boy Soprano”, recording his first album at the tender age of 9, which led to him being very popular on local radio and both BBC and ITV television in the South West : his popularity even lead to him being a regular guest at the home of one of Cornwall's greatest (and most reclusive) ambassadors, Daphne Du Maurier. A second album soon followed, focusing less on Sacred Music and more on the music to which he would return in later years – the songs of the 40's, 50's and 60's. Whilst at university in Canterbury, Lloyd studied Law, although once lectures had ceased for the day was more likely to be found performing with the choir and chamber choir, as well as taking part in shows with the musical theatre society. Late night spots in folk clubs, bars and clubs also meant that he was able to refine his skills performing to live audiences which would come in handy in later years, both in cabaret and compering. His career as an adult has seen him perform in the West End as well as tour the world with many shows, from those which need no introduction, such as Riverdance and The Blues Brothers, to being resident soloist on several tours of Spirit of the Dance with Ireland's Three Tenors, entertaining audiences with songs as varied as 'Nessun Dorma', 'The Phantom of the Opera' and 'We Will Rock You'. Although having lived in London now for over 15 years, Lloyd has often returned to perform in his beloved home county of Cornwall: to perform at the Minack Theatre in the principle role of Gilbert & Sullivan's 'The Sorcerer', to promote the RNLI with the charity single 'Cornwall The Song' (including a version sung in Cornish) and most recently at the Hall For Cornwall in a new musical 'Turning of The Tide' to play the central character. In 2009 a new solo album was released of predominantly Musical Theatre songs entitled 'In Whatever Time We Have' and this was followed in 2011 by a second CD showcasing the Ratpack & Swing genre, called 'Life Seems Like A Song'. For the festive season, 2013 saw the arrival of 'A Christmas Homecoming' featuring holiday favourites such as 'Winter Wonderland', 'A Winter's Tale' and 'White Christmas' as well as a return to devotional music with 'O Holy Night'. The 4th Studio recording came in 2015 entitled 'On Days Like These' – a selection of favourite songs from the 40s, 50s and 60s including 'It's Now or Never', 'Pretty Woman', 'The Shadow of Your Smile' and 'Me & Mrs Jones'. During all this time Lloyd has been passionate about giving something back to the community, taking time out to sing for the delight of our older generations through Age UK, in residential homes and community centres, or as one of the founding members of The Charity Singers – a familiar face both in the South East and South West, in department stores, shopping centres, busy railway stations – in fact anywhere you would least expect to hear live entertainment, singing and raising money for charity. In the first 2 years alone, Lloyd raised more than £50,000 for Macmillan and Marie Curie Cancer Care, whilst in Cornwall he has raised money for the RNLI, the Forget-Me-Not Trust and the Precious Lives Appeal. In 2013 he was honoured to be invited on the first of several UK tours on behalf of the Not Forgotten Association, the charity which provides leisure and recreation for the benefit of serving and ex-service personnel who are wounded or have sustained permanent injuries.

Colonel A, 6 years ago

Another great performance from you and thank you for helping to make the show at Glazebrook such a great success. The attendees loved it and it all reflects well on the Not Forgotten Association

A very big thank you for your part in a very successful evening. There were lots of compliments about “the singer” and it was also rewarding to see how well you got on with the guests, an interesting evening all round. Who knows what may come your way in the future. One thing is assured, I will be contacting you to entertain us once more

“We were so amazed, not only at your Irish accent, but the whole show – it was amazing

I can't praise the singer enough! What an entertainer, he had everyone in the mood and made my party go with a swing"