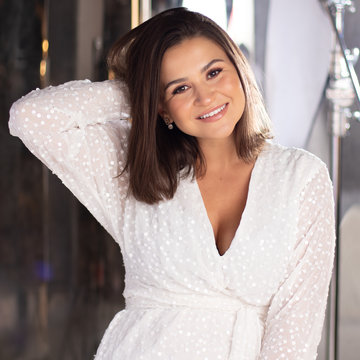 Lily Evangeline Scott is a classically trained singer who is equally at home in pop/soul and jazz. She has supported artists such as Charlotte Church and Camille O'Sullivan on stage and has sung at many of London’s prestigious venues including Southbank Centre, Royal Albert Hall, Cadogan Hall, Union Chapel and PizzaExpress Live. She has also performed at some of the largest European festivals, including BBC Proms in the Park, Wilderness Festival and made her Italian debut last year at the Operaestate Festival Veneto. As a session vocalist, she sings for broadcasts on BBC Radio 3 and BBC Radio London. Lily also has extensive experience in singing at special occasions and events.

BG
Becky G
4 years ago, for a Charity event in Halliloo Valley Rd

Lily has the most incredible voice! She gives you goose bumps every time she sings. I book her to perform for all my events. She is so talented and extremely professional. Would highly recommend.

AG
Amelia G
5 years ago, for a Wedding in Egham TW20

Lily was incredible at our wedding. She really made the ceremony so magical and it was everything we could have wished for. We had a very obscure song that we wanted performed at our wedding, so she created a bespoke version, adapting the song perfectly for our special day. There was also a long list of songs that I wanted sang as I walked down the aisle which I was finding hard to whittle down, so she arranged a medley of all the songs together which was just perfect. I cannot recommend her highly enough! Thanks so much again! You really did add such wonder to our wedding.