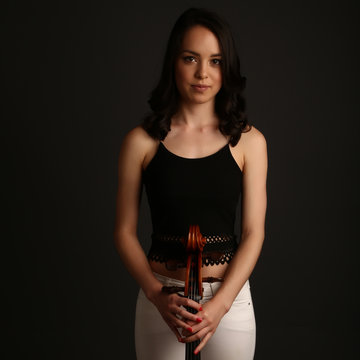 London based Cellist and graduate of the Royal Academy of Music.
Cellist
London

British cellist and graduate of the Royal Academy of Music, Leah Leong is known for her versatility within the industry, and is in high demand within the London music scene and abroad as both a performer and teacher. As a soloist, Leah has performed extensively throughout the UK and abroad. Recent highlights include a recital at St James’ Piccadilly and performances of the Saint-Saens and Schumann Cello Concertos in Bristol. Her highly successful tour of China in 2019 represented her passion for making music accessible for all, performing a series of concerts in every major city as well as working with children and parents to show different approaches towards learning music. In addition, Leah regularly performs with a variety of orchestras. Her dedication towards orchestral playing landed her the role of principal cellist in the Young Musician’s Symphony Orchestra. She frequently performs with the Royal Academy of Music Symphony Orchestra and has played in projects with the London Sinfonietta, the Czech Philharmonic and the Nash Ensemble in venues such as the Royal Festival Hall and the Royal Albert Hall. Crossing genres, Leah is establishing herself as session musician and can often be seen performing with pop and film orchestras on tours throughout the UK and Europe. Leah was a founding member of the Amanzi Piano Quartet, who are Concordia Foundation Artists for 2019/20 and winners of the Audience Prize in the 2018 St. Martin-in-the-Fields Chamber Music Competition. Her newly formed cello and accordion duo aim to establish the combination of the two instruments within the music world and perform works by lesser known composers.

Leah was all around amazing!! Will book again!