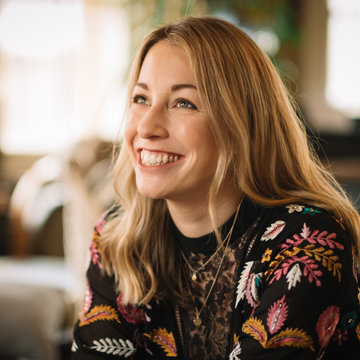 With her velvety smooth and effortlessly sultry tones, Lauren is a singer and songwriter who has firmly established herself as an independent artist and one to watch here in the UK. With her own original music Lauren has toured the UK & Europe supporting artists such as Rebecca Ferguson and Anastacia and has received BBC Radio support and featured in press such as The Telegraph. Often compared with Norah Jones or Alison Krauss, Lauren has been hired to perform both her original music and cover songs in a variety of prestigious venues including The London Palladium to support Paul Carrack, Chelsea's Football Club for a surprise engagement and at a London hotel during a visit from Vice President Joe Biden. The Telegraph "Lauren's latest single [Irreplaceable] is an upbeat, infectious slice of pop” LEMONADE MAGAZINE "Clear vocals, sharp lyrics and clean execution....London's Lauren Ray delivers just that." The Live Review "Easy listening is what Lauren is,close your eyes and you will be transported, putting us at ease, relaxed."

I will always try my best to be flexible to help ensure your event runs as smoothly as possible. If timings change slightly in the run up to the event just let me know.

Yes I can provide an ipod/playlist service before and between my sets.. This is a really popular request and we actually offer this service for included in the price as you wouldn't want total silence in between my sets. I will create a playlist appropriate to the song choices I will be performing for you.

I like to allow an hour for set up just to ensure everything is OK and settled ahead of performance time. As soon as I have set up my PA I will be happy to put on my playlist so that there is music playing for your guests ahead of my performance (if you would like this) .

My set list is crafted from previous piano-vocal performances however, I am definitely happy to chat through and make sure we find what works for your event.

Yes I bring my own instrument and full PA in order to perform acoustically for your event.

If a song isn't included in my song list but there is a special song or two you'd like me to learn I am happy to do this for you.

I am known for my smooth vocal performance and beautiful piano performances.

I have performed an acoustic piano & vocal performance of my own material at The London Palladium and Shepherds Bush Empire supporting Paul Carrack and Rebecca Ferguson.

Lauren was absolutely amazing. Such a beautiful voice and lovely lady. Couldnt have wished for a more suitable singer for our garden party. Absolutely wonderful.

Lauren's beautiful voice was perfect for our private dinner event. She performed 2 x 45 min sets throughout our dinner and it was the perfect background music to our evening. All of our guests were commenting on how incredible she was which really brought that extra something to our event. Highly recommend her and I am sure we will hire her again :)

From the feedback we had from our guests, Lauren was amazing and perfect for the charity event. She sounded amazing and was perfect as either background music or to stand and listen to in awe during cocktail hour of the event - exactly what we wanted. Thank you!

Verified
Patrick B, 2 years ago

I first met Lauren when she was playing at a promotional event in Birmingham, I couldn’t help being moved by her melodic voice her gentle manor and the lovely ambience she created. At an appropriate moment I introduced myself and explained I ran a Care Home for the Elderly and I asked her if she would come and play for our residents families and friends at our summer fete which I was delighted she agreed to. I can quite honestly say that her performance was the highlight of the afternoon and she made the event very special. Lauren has subsequently revisited to play excusively for our residents and also at the launch of our Spa. I am passionate about music myself, the benefits of having Lauren play live really touched and soothed our residents and I look forward to inviting her back soon to play again. I would wholeheartedly recommend Lauren, she is extremely talented and will add a touch of class to any event !

Lauren performed at a black tie charity event I hosted last year and was absolutely fantastic! Fab songs and an incredible voice - she was complimented by all the guests and the perfect fit for the evening!

Lauren exceeded our expectations in every respect. She is a good friend of ours and was attending our wedding out in Palestine. Close to the wedding we asked if she would perform as I walked down the aisle and also during our drinks reception as we took pictures. Her performance was simply stunning. It made the event into something really special and I lost count of the number of compliments we received about her from everyone who attended. A truly special performance!