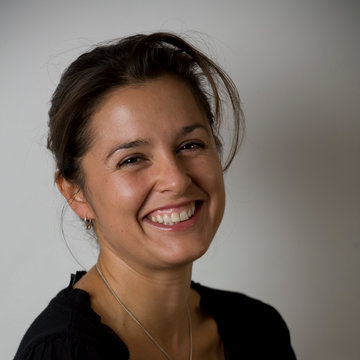 I am a professional violinist living in London. I play all genres of music from pop backing strings to opera.
Violinist
London
Public liability insurance of £10 million
Verified profile

Martyn and I just wanted to say a huge thank you to you all for your beautiful playing on Saturday. We genuinely couldn't have asked for anything more. The sound of the strings in that room was perfection. Many of our guests also commented on how wonderful you were. Thank you again!

Saffron Strings duo played beautifully at our outdoor ceremony and reception in August for our wedding! We picked a film soundtrack theme which they embraced with open arms and learnt a few new songs for us! They suggested some wonderful songs for my entrance and our exit as newly weds, and were always quick to reply. Would definitely recommend!

On behalf of my wife and I, we just wanted to thank Saffron Strings for absolutely nailing the music on our day. The Stand By Me entrance music was perfect. We obviously had a lot to take in, but watching back various videos, it's the icing on the cake! We've also had various guest compliments on the quality of the string music (Game of Thrones was particularly popular!). We would definitely recommend you to friends and family! Once again, thank you from both us, you helped make our day unforgettable! Iain and Vicky

David and I wanted to say a massive thank you to you for playing beautifully at our wedding on Saturday. It sounded great and we had a number of our guests comment on what an amazing string quartet we had. The entrance song made me cry - even when walking down the aisle - as it was just beautiful! Thanks for being part of our special day. Katie & David

Saffron Strings made our wedding day complete! They were absolutely fantastic, the music was beautiful and made the ceremony so special. Lovely ladies, very professional and great with communication - I couldn't recommend them enough!

Perfect. Their communication, value for money, efficiency, presentation, repertoire, elegance and quality of performance couldn’t have been better. They even learnt a new piece for my arrival at church. They fitted in beautifully at our elegant reception and my memories of that part of the day are soundtracked by their versions of Handel and the Beach Boys. Gracious artists and utter professionals.

Verified
Megan B, 2 years ago

We just wanted to say thank you so much for playing your beautiful music during our wedding ceremony. I'm sorry I didn't get a chance to say hello to you during the day but it absolutely made the ceremony. It was so wonderful hearing the string duet throughout, and I think it contributed largely to a lot of people's tears!

Thank you both so very much for being so amazing and playing our chosen music so beautifully. I am so sorry we didn’t get to thank you on the day or say goodbye – everything was a bit of a whirlwind and we didn’t stop for the rest of the day! I wouldn't hesitate to recommend you to anyone looking for fabulous musicians for their event. You made our day all the more perfect. Thank you again.

Verified
Richard B, 2 years ago

Very professional, charming, and high quality musicians! Saffron Strings were a pleasure to deal with throughout and on the day, wowed us and our guests with their performance. Numerous compliments followed and they helped make our ceremony and afternoon an amazing occasion. Thank you Saffron Strings!

I just wanted to say a massive thank you to the musicians who played at our wedding on Sunday. During the ceremony it all sounded so beautiful and many guests commented on how great it sounded . It was breath-taking!

We had a string duo for our wedding in April and I am so glad we booked Saffron Strings. It all went so smoothly from the booking process to the wedding day! And we had the most heavenly sounds for our ceremony and reception. Highly recommend.

Saffron Strings played in few weddings in our Venue, The Roseate Reading, and their work was amazing, so much that i contacted them to be in touch for any future wedding booking, as they offer premium quality, lovely and emotive music, and their professionalism is extraordinary. I wouldn't be hesitating a single second to ask for their services, as they truly get the wow factor for any ceremonies, cocktails or Wedding breakfasts.

As one of our recommended suppliers at Grittleton House it is always a pleasure to welcome the Saffron Strings ladies to the House on a wedding day or on one of our Open Day, which they kindly support. They offer a professional & friendly service with a beautiful sound which as the wedding & events coordinator at the House I never hesitate to recommend to our couples. Live music during the ceremony & drink reception is often deemed as an unnecessary additional expense however I always explain the impact live music has during these periods & love it when couple take my advice & book Saffron Strings & then comment afterwards how much they & their guests enjoyed the music. Thank you ladies & see you again soon.

We would like to thank Saffron Strings for providing us with fantastic musical accompaniment for our Wedding. Lorraine was so helpful and accommodating in the build up to the wedding. I mentioned to her that I had heard a contemporary piece of music that we would like played, but she had never heard of it and couldn't find an arrangement for a duo. However, on our Wedding day, I did hear it being played so she must have put together her own arrangement. Fantastic! The music was fabulous played by fabulous musicians and they made our day even more incredible. Nothing was too much trouble, so if you want strings playing at your special event I would most definitely recommend Saffron Strings.

We just wanted to thank you for such a great performance on Sunday at our wedding. You were the luxury on top that we treated ourselves to and I'm really pleased we decided to do so. I'll always remember hearing you play as I walked into the hall. It was beautiful. Thanks once again. Amy

Saffron Strings were amazing! Beforehand they communicated brilliantly and I felt everything was under control. On the day they were so friendly and professional. The ceremony was due to take place outside but poor weather changed the plans- Saffron Strings were so flexible, especially when the sun started to shine so the drinks reception moved up to the woods! The mix of music was great and really added a special atmosphere to the day (something a playlist just cannot do)! Thank you so much! x

Hope you are well! Just got back from our honeymoon & wanted to send a quick email to you guys. Me & Becki cannot thank you both enough for your set on our wedding day! You both sounded amazing & everyone really enjoyed listening to you guys including us! I’ve had so many compliments on the range of music played & how well it complimented the day. I truly got goosebumps when you played the Canon in D. I can only imagine how hot it was for you guys as well but you did such a top job. You couldn't have been more helpful from my first email to the big day so big thank you from me. I will definitely be recommending the Saffron Strings to family & friends.

Firstly so sorry that neither of us had chance to come over and thank you personally but... Wow! Wow! Wow! We are SO pleased we chose you to play at on our wedding day. We always wanted strings at our wedding and you made our dreams come true. I had just stopped myself from crying before I walked down the aisle and coming round the corner and hearing “Coldplay- Yellow” very nearly set me off again! You are so talented. Thank you from the bottom of our hearts for making it a day to remember. I’m sure my photographer got some snaps of you too but I haven’t had all the photos through yet so once I have then I will send you a few 😊 Best wishes, Holly and Dave

Just to say the biggest thank you for making our wedding day just that much special with your beautiful music. It was the perfect accompaniment to what was the best day of our lives. Thank you so much. Kelly & Luke

WOW! You were amazing!!! Thank you so much for performing at our wedding on Saturday, it was simply perfect! Apologies that we didn't get a chance to see you before you left. We hope you enjoyed playing outside in the fine weather as well - and I noticed that the Elvetham had found you a nice shady spot. Many of our guests commented to us on how beautiful you sounded, and that it really added to the day - we completely agree! Thanks once again, Jamie and Emily Curtis-Wood.

I just wanted to send you a few photos by way of a huge thank you for your beautiful playing at our wedding in February. It will be no surprise, I hope, how much our family and friends enjoyed your playing so very very much! The minstrel's gallery at Cowdray is just made for a quartet and I can't tell you how exciting it was to hear you tuning up and the general hubbub build downstairs before I came down for the ceremony. It was so very lovely. Thank you!

“From start to finish, they were so helpful and they made our day so special. The music they played was so moving and we would not hesitate to recommended th

the quality of their music was amazing, the comments we received from our guests were fantastic, they leave a brilliant impression on everyone