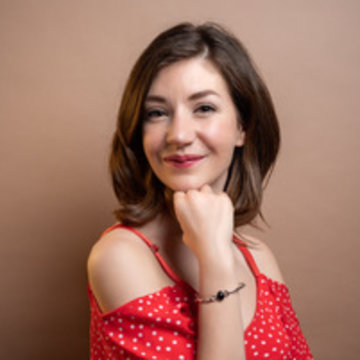 International Opera Singer, Laura has performed in both the UK, mainland Europe and Canada. Guaranteed to bring a smile to your face!

Coming from a Deaf Mother and a tone-deaf Father, Laura was an unlikely soprano, first exploring a passion for Dance. After discovering a natural flare for singing at an early age, Laura's interest in music grew alongside her dancing but it wasn't until her Grandmother took her to see Mozart's Die Zauberflote, aged 14, that she considered a career in Opera. Laura followed her curiosity in Singing and completed her degree at University of Bristol, majoring in Performance under the excellent tutelage of mezzo-soprano Angela Hickey. Here she was an active member of the Opera society and performed several major roles. She then went on to complete both her Licentiate and Fellowship Diplomas in Performance (Singing) with Trinity Guildhall London before beginning her Masters (Vocal Performance) at the RWCMD. Here she trained with the fantastic soprano Gail Pearson and worked closely with BBC NCW. Since graduating Laura has been working as a freelance performer across Europe and North America. She has strong connections to the South West and London, performing across much of the UK on a regular basis. Recent performance credits include: Longborough Festival Opera, St Paul's Opera Clapham, Opera in a Box, Cheltenham Bach Choir Competition and Southmead Hospital Buskathon, Vienna State Opera, Opera de Bauge. She's a prolific performer, both charming and down-to-earth, and always has wonderful feedback from clients and pupils alike.

'electrifying... one of the most engaging things I’ve seen in several decades of Fringe going”