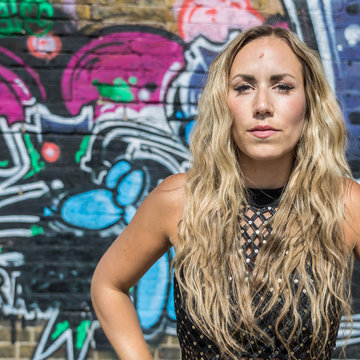 Larissa Is a Professional singer based in London. She performs Regularly with her 3 own projects on a daily basis.
Singer
London
Public liability insurance of £10 million
Verified profile

Larissa moved to England in 2007 to study Jazz at Chichester, a prestigious music college. Born and raised in Stockholm, Sweden, music has been her passion from a very young age; performing a lead roll in a theatre production of The Sound of Music at only 9 years old. Larissa finished her studies at the Academy of Contemporary of Music in 2011 and has since gone on to build a very successful career as a top London session vocalist. To date she has toured all over Europe, playing private events at some of the most sought-after locations in the world, and she has played alongside artists including ‘Big Nasty’, ‘Devlin’, ‘Scorcher’ and ‘ac- tracy’. Larissa has successfully built a career in London as one of London’s best session vocalists.

The Swanlock Duo were such a great choice for our wedding reception. Larissa has an amazing voice and Barry is a really talented guitar player. The music they played was fun, cool, classy and with clever use of pedals, they were able to generate more of a 'band' sound from just two performers. They can play relaxed sets or up-beat party sets dependant on the mood you're going for and were friendly, professional and very easy to arrange things with. They also invited my 10yr old niece and her friend to come up and sing which made their evening and all our guests smile. We can't recommend them enough! 5 STARS

he Swanlock duo were amazing. I could not fault their passion on the stage, their performance standard and quality they were brilliant and OMG Larissa can sing she was exactly what we wanted, very impressive. They were extremely accommodating of our guests using the microphone for speeches and the kids absolutely loved them. At one point they had them all up stage singing an dancing. The song we picked for the first dance was executed flawlessly."

"Thanks for your music last night it was super. Just right for the occasion. President Steve was so pleased. I hope you both got home safely. Thanks again

"Thanks a million. It was lovely to meet you guys and everyone really enjoyed the music :) I will definitely book you for upcoming events."

Just wanted to say a MASSIVE thank you to you and Barry for your fab music last night. Everyone loved it - even if they weren't dancing! They all mentioned how lovely it was to have live music to listen to - we must remember everyone is getting on a bit, so they like to sit and chat!! Thank you too for being so accommodating with the children. The highlight of the party for Joel, Nina and Gabriella was getting to sing!! We haven't told Libby that she missed out on that, she'll be most disappointed - but maybe next time??!! Thanks again, you were both awesome!