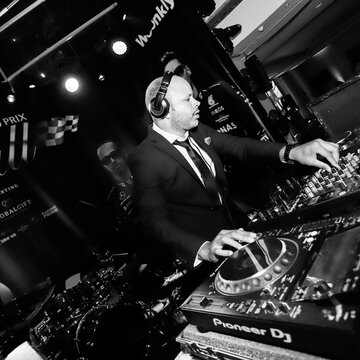 Kruel Intentions are a DJ/Producer duo from London, UK. Artists in their own right the duo combine to deliver weaves of deep tech and crowd-pleasing vocal house. The pair have amassed a loyal following of both their music and performances, from their early days as successful promoters to today where they deliver stand out sets to some of the biggest stages the UK and beyond has to offer. The duo has played at London institutions such as ‘Ministry of Sound' and 'Brixton academy’, to the more intimate and selective venues such as ‘E1 Spaces' and Brick Lane's infamous ’93 Feet East’. The pair are also no strangers to the festival stage with appearances at ‘Arcadia’, ‘Abode in the Park’, ‘We Are FSTVL’, ‘Moondance’, and main staging the coveted ‘South West Four Festival ’ for the past 5 years. Outside of the UK, they have been spreading themselves even further afield to play some of Europe’s hottest summer locations, from Ibiza’s ‘es paradise’ and ‘Ocean Beach Club’ to the Marbella super-club Mirage for the ‘Kinky Malinki’ brand and the popular Lovejuice pool parties at Sisu. ‘Kruel Intentions’ have had a number of successful releases on New State music and seen support from the likes of Sister Bliss, David Guetta and Roger Sanchez as well support on Kiss, Capital and Flex FM.

Absolutely. This is a really popular request and we actually offer this service for free. If you'd like a DJ service via our PA after the final set until the venue closes, we provide this for an additional £100.”

We usually set up about 30/45mins before the performance time. As soon as our PA is set up we can provide a free playlist service to help set the atmosphere and get your guests ready for our live performance!”

Amazing DJ, He definitely knows how to read the crowd and get them going!! Will definitely be hiring again!

Paul was an excellent DJ, He done a fantastic job on my birthday, He was very polite and friendly, He played all the right tunes and keep everyone up dancing. Would highly recommend!