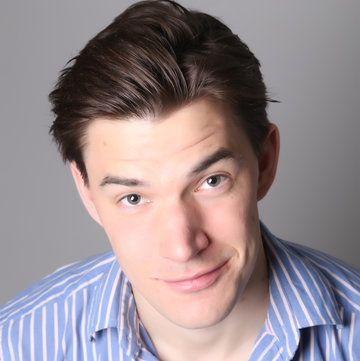 I'm a 32 year old Tenor having completed my masters at the Royal Academy of Music with Distinction. Available for singing engagements.
3 of 4 photos
Singer (tenor)
London
Verified profile

The English tenor, Kieran White graduated from The Royal Academy of Music achieving a Masters with distinction. Whilst at the Academy he held a Kohn foundation scholarship as a soloist in the Bach Cantata Series. As a soloist Kieran works with many of the top leading ensembles in the UK and Internationally, including Amsterdam Baroque, Netherlands and Edvard Grieg Kor, Norway. He also performs with the Monteverdi Choir under John Eliot Gardiner and Copenhagen Soloists, Denmark. He is particularly passionate about music from 16th , 17th and 18th Century, predominantly Bach’s Johannes & Matthäus Evangelists, performing in a number of venues across the United Kingdom and Europe, including Domkirke, Bergen and Kings College Chapel, London. Kieran also performs on the operatic stage, particularly in the Early opera repertoire. Engagements include Arnalta L’incoronazione di Poppea in the Cockpit Theatre, Acis Acis and Galatea for Ensemble OrQuesta, Sailor Dido and Aeneas at the Grange Festival. As a tenor with a high tessitura, he has been exploring the “Haute Contre” repertoire. He is working with the distinguished “Haute Contre” Jean-Paul Fouchécourt on specific projects/roles. He has performed Valére, Tacmas Les Indes Galantes, Hippolyte Hippolyte e Aricie, Renaud Armide. On the recital platform he enjoys collaborations with Elizabeth Kenny (lute/theorbo) and Zita Silva (Harp), he has performed with both in the Sherborne Music Festival. This season and beyond concerts include Bach’s St Matthew Passion (Evangelist) with Iain Ledingham, Bach’s St John Passion (Arias) with Bristol Bach Choir, Bach’s St Matthew Passion (Arias) with Copenhagen Soloists, Stainer’s Crucifixion, with Edvard Grieg Kor, Bach Cantatas with Amsterdam Baroque under Ton Koopman and making his debut with Gli Angeli in Geneva. Swiftly acquiring recognition in the Baroque repertoire, Kieran has recently performed Monteverdi Vespro della Beata Vergine with Edvard Grieg Kor, Bach’s B Minor Mass with Bristol Bach Choir, Numerous Bach Cantatas with Hastings Philharmonic and Bach’s Magnificat with Bath Bach Choir. Kieran is enjoying his life as a busy freelance tenor, but in his down time he can be found working on his fathers farm in Dorset, singing whilst getting the cows in.

It would be for both of us to negotiate another time and then I would make it work. Things change and sometimes can’t be helped.

I don’t need anytime to set up. My voice is my instrument.

DI
Debra I
2 years ago

Kieran was on time, pleasant, and very professional. Lovely voice. Thank you!

“Tenor Kieran White was most effective in Nigra sum and stunningly so towards the end of the Magnificat where he flung beautiful phrases into the vaulted roof, picked up to spine-tingling effect by the off-stage echo.”

DB
Derek B
5 years ago

It is not invidious to mention in particular the vital part played by soloist Kieran White (tenor) who, in the role of “Evangelist”, carried the weight of the whole narrative of the events as they unfolded. Singing from the pulpit with great feeling, but also (remarkably!) a good deal of eye contact with the audience, he brought to life the significance of Christ’s death in a way which must have deeply stirred those in the audience who are Christian believers, and maybe challenged those who are not.”